Art of Coaching is a partner with VolleyballMag.com in our Sustaining Membership drive. Don Patterson is a former editor of Volleyball magazine:

By Don Patterson for VolleyballMag.com
Virtual volleyball recruiting has kicked into high gear in response to COVID-19, and it will likely stick around long after the pandemic is over. It’s no secret that college athletic departments are hurting. When cost is a concern, physical travel to juniors’ volleyball tournaments isn’t nearly as attractive.

“I would say about 250 of the 300-plus Division I schools are going to have to make changes to their recruiting mandated by budgets,” says Jim Stone, former women’s head coach at Ohio State and head coach of the USA Girls Youth National Team. “The idea is, ‘We can’t afford to get on a plane, so what’s the next best thing?’ ”

The Art of Coaching Volleyball thinks it has an answer in the form of Talent ID camps, where players can do drills, show off skills and engage in some good competition while coaches evaluate them virtually.

The three-hour sessions, eligible to players from 2021-24 grad classes, include a short testing period (height, standing reach, wingspan) followed by positional training and then 6-on-6 scrimmages. HD quality video of the camps is captured from both sides of the net and available free to college coaches on the AOCVB website shortly after the camp ends. Players wear numbered shirts, and coaches are given a roster that includes contact information for easy identification and follow-up.

Video is also accessible online to players via MVPCAST, a cloud-based platform where participants are able to tag all of their plays throughout the camp and make highlight reels.

AOCVB rolled out the Talent ID camp concept last fall with stops in Reno, Nev., Fort Collins, Colo., Houston, Texas and Milwaukee, Wisconsin. Feedback from players, coaches and parents was positive, so more camps have been scheduled for 2021, starting Jan. 17 in Austin, Texas. (In each location, Covid-19 restrictions are enforced and local health and safety protocols are followed.)

“We’ve gotten a great response,” says Terry Liskevych, a three-time U.S. women’s Olympic coach who founded The Art of Coaching with Penn State coach Russ Rose and former Stanford coach John Dunning. “We spent a lot of time figuring out how to put players in an environment that allows them to accentuate their skills while also participating in competitive team play.”

Stone, a longtime clinician for AOCVB, was the lead architect of the format. Before mapping it out, he asked himself one question: What do I most want to see as a college coach?

His answer to himself: Touches. Lots of touches.

With that in mind, single courts are capped at 17 campers, registrations are limited at each position and drills give players 5-8 contacts in a row before they get back in line. For 6-on-6 scrimmages, play is divided between regular live action with serving and games where each point begins immediately after the previous point with a coach-entered ball, which keeps the action flowing.

In short, the pace is brisk.

“The coaches made it clear from the beginning that the (purpose of the camp) was more for you to get reps and be seen and not necessarily for you to be coached,” says Sydney Jordan, a sophomore outside hitter/opposite from Ridge Point High School/Houston Juniors Volleyball Club in Texas, who attended the Houston ID camp. “I liked the drills we ran, and I liked the way they flowed. As an outside, I also liked that we worked on a lot of passing and serve receive and did a lot of pass-to-attack.”

Stone says scripted 6-on-6 drills are key to delivering quality clips for college coaches. ID camp teams are often required to do things like set every coach-entered ball to a left-side hitter. This helps evaluators quickly get a solid data sample on individual players.

Another priority is versatility. When players sign up, they are asked to rank a primary position and a secondary position, then they are moved around during the camp so they can get touches at both positions.

“So many kids play a position (in juniors) that they’re not going to play in college,” Stone says. “We tell the players in advance that coaches like players who can play more than one position. If you’re used to right-side, we’re going to throw you in as a left-side hitter on occasion. If you’re a middle, we’re going to have you be a right-side or left-side. We know they have a number one position, but if college coaches see you in your two positions, they might think, ‘I’ve got one scholarship, and with this player I can fill two spots.’”

One player who attended the Houston camp, freshman libero Alice Volpe from Houston Juniors Volleyball/Bridgeland High School (Cypress, Texas), gave high marks to the positional training, saying she got “a lot of touches,” plenty of instructive feedback – “One coach pushed me to stay low and keep my shoulders down, which really helped my passing” – and the opportunity to play alongside older, more experienced players.

For Fort Collins camp attendee Reagan McWhinney, a sophomore outside hitter/opposite from Loveland, Colorado, mixing it up with older players was a cool experience. “They’re at a higher level, so they push you,” she says. She also liked the “competitive team environment” and found the video useful for proactive recruiting.

“I definitely got some good clips,” she says. “There were a lot of reps, and the camera quality was very good, so I was able to see myself and see every play I made. It was super easy to make a quick video.”

For Jordan, the chance to promote herself and compete against other talented players was a winning combination.

“I would definitely do this camp again,” she says. “I’m a competitor, and not being able to compete for such a long period of time has been really, really hard. That was something the camp really provided – healthy competition while being seen by college coaches. I love to play, and I love to be seen, so it was a really positive experience.”

VolleyballMag.com @VBMagazine Just more than an hour until first serve of the @NCAAVolleyball Tournament. If you want to watch, pay ESPN now if you haven't already: https://t.co/LRSoNuNAxW

h J R
VolleyballMag.com @VBMagazine @UCLAWomensVB: UCLA Women’s Volleyball will be under new leadership in 2023, as head coach Michael Sealy has stepped down. We thank him for his leadership and dedication to the program for the last 13 years. NEWS: https://t.co/IZvrtDHA2E https://t.co/Yhz9J3d9TX 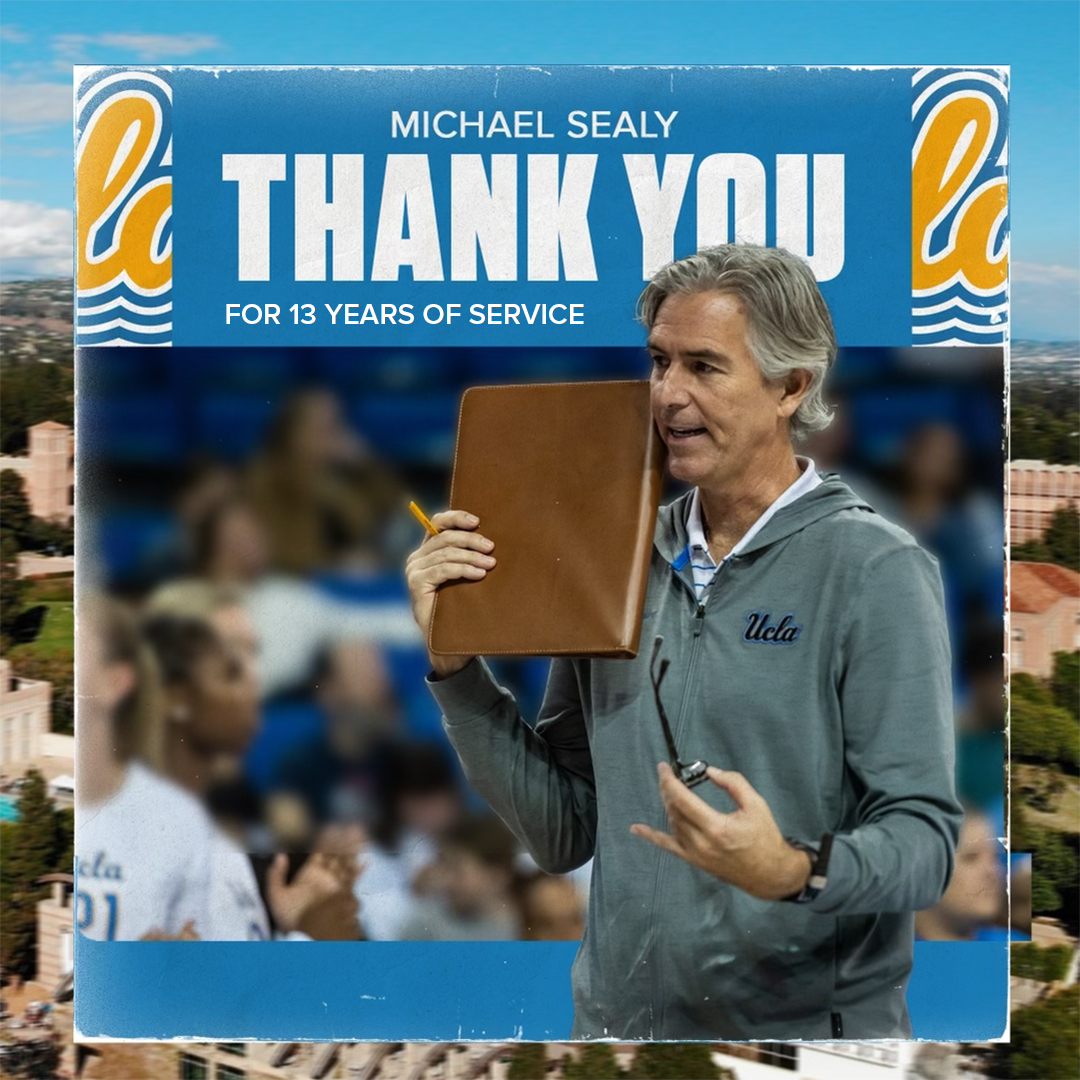