In the six years the Atlantic Sun Conference has sponsored beach volleyball and hosted a conference tournament, North Florida and Stetson have split time at the top. The Hatters of Stetson won the conference title in 2017, while North Florida last won in 2016, and both programs boast a total of three championships each.

Florida Gulf Coast made it to the conference championship last spring and has more than enough returning talent to make another run at it. Coastal Carolina and Jacksonville, both with new coaches at the helm, round out the rest of the ASUN field.

Coastal Carolina
2017: 1-15, 0-10
Outlook: Coastal Carolina only won one dual last season, a 4-1 decision over Stevenson, and in the offseason, head coach Justin Stack left the program. The Chanticleers announced the hiring of former North Florida head indoor and beach volleyball coach Steve Loeswick on February 1, and they do not yet have a 2018 roster available on the website.
However, we do know that Coastal with be without last year’s No. 1 pair Tahleia Bishop and Natasa Savovic, as well as Katie Davis, who competed at the No. 2 spot in 2017.
Loeswick, who won three ASUN championships at North Florida, will look to elevate the level of success for the Coastal Carolina program, which is headed into its third season of competition.

Florida Gulf Coast
2017: 15-9, 6-4
Outlook: FGSU returns its top three pairs from last season in Mackenzie Allen, Amanda Carroll, Giovanna Borgiotti, Ashley Glickert, Katherine Puisis and Karissa Rhoades and brings in a trio of talented freshmen — Snowy Burnam, Cortney VanLiew, and Alayna Ryan.
“The growth of the beach game is really starting to show in terms of the depth of collegiate teams across the nation,” coach Matt Botsford said. ”I’m looking forward to seeing how the competition unfolds within the ASUN and CCSA. We will be playing seven teams ranked in the top 15 last year, challenging this group in an effort to position ourselves well for the competition within the conference.”

Jacksonville
2017: 7-19, 2-8
Outlook: Returners Mackenzie Swan, Cristina Finan, Morgan Dees, Shelby Babowicz, Vanessa Richards, Katie Krawczyk and Tori Reiser and a solid group of six freshmen will take the sand for Jacksonville this season. In the offseason, former head coach Julie Darty took the head indoor gig at Mississippi State, and Jacksonville hired former Dayton assistant Evan Muys to take over at the helm of both the indoor and beach programs.
Finan and Swan played together at the No. 1 spot last year, going 2-15, while Dees posted a 4-15 mark at the No. 2 flight with graduated senior Megan Widener. Reiser and Krawczyk, teammates at the No. 4 spot, had the best record on the team as a pair, going 6-13 overall.
“We’re really excited for this beach season,” Muys said. “We have kids that are hungry to compete. We’ve been working hard in the weight room and on the court, and we’re ready to see some competition other than ourselves.”

Mercer
2017: 15-12, 7-3
Outlook: “We are young without a lot of duel experience,” Mercer coach Damian Elder said of his 2018 roster that features six freshmen and will be without four of last season’s starters in Emily Krogman, Tori Penrod, Emma Peel and Claire Waliczek.
“But,” Elder continued, “the team has been working very hard and competing day in and day out. I’m excited to see how hard we play and where that shakes out for us in the conference.”
Returning starters senior Sophie Peel and junior Danielle Faust will be key leaders on the 2018 squad as the Bears seek to improve on 2017, which was the winningest season for the program to date.

North Florida
2017: 14-14, 5-5
Outlook: Roughly half of the starters from North Florida’s squad return for 2018, including Courtney Miller, Carina Hoff, Chaney Howard, Brittany Pase, and Nicole DeBolt. First-year head coach Kristen Wright welcomes a large recruiting class of six freshmen: Carolyn Cain, Leah Maloney, Casey Justice, Blaire Register, Marisa Rogers, and Callie Workman.
“It’s been an enjoyable process of taking over at North Florida,” Wright said. “We have strong athletes that have bought in to a new culture, style and methods of playing the highest level of beach volleyball possible. We expect to be contending for an ASUN championship and a trip back to the national championships.”

Stetson
2017: 20-13, 10-0
Outlook: Stetson enters 2018 as the reigning ASUN champ with Darby Dunn, Sunniva Helland-Hansen, Carly Perales, Rachel Noble and Samantha Harris making up the contingent of key returners. Freshmen Rebecca Ingram of Australia and Quinci Birker of Canada, along with Long Beach State junior transfer Sammee Thomas will be the newcomers with the best chance of cracking the starting lineup. The graduation of starters Kristin Lind, Maggie Skjelbred, Kaylee Anderson and Tiffany Creamer marks the biggest losses for the Hatters.
“The chemistry this semester has been really great and one of the best we’ve had in the program,” fifth-year head coach Kristina Hernandez said. “We have been able to switch up a lot of pairs and still been really competitive, so I like our depth.”

Independents of note
Grand Canyon
2017: 17-8
Outlook: Five seniors graduated at the conclusion of Grand Canyon’s successful 2017 season in which it ranked 10th in the nation in the final AVCA poll. That departing group included Tjasa Kotnik, who played at the No. 1 spot and earned All-American honors, but her partner Molly Turner is back and ready to lead GCU this season.
Eight freshmen help fill out the Lopes roster, along with grad transfer Katie Pyles from Nova Southeastern University in Fort Lauderdale, Florida.

TCU
2017: 18-8
Outlook: After an 0-11 inaugural season in 2015, TCU beach volleyball has gotten better fast. In 2016, the Horned Frogs went 18-7, and last spring they posted an 18-8 record and finished the season ranked in the AVCA Top 15.
“We know we can compete with the best, and that’s what they are looking forward to,”  coach Hector Gutierrez said. “Having the good season last year is pushing us to keep going. With the confidence they have, they are getting on the court with a different mentality.”
Jaelyn Greene, Jillian Bergeson, Claire Doyle, and Haven Hill will be key returners and leaders on the 2018 squad, which includes a number of newcomers in grad transfers Brooke Sassin (Kansas State), Cassie House (New Mexico) and Kristy Wieser (Chattanooga) and freshmen Hannah Rogers and Jordan Westendorff.

Nebraska
2017: 5-7
With 18 duels lined up for 2018, Nebraska is prepping for its most serious beach volleyball season yet. Seniors Kelly Hunter, Allie Havers and Annika Albrecht will celebrate their final collegiate season after leading the indoor team to a national championship in December.
Justine Wong-Orantes, the Husker libero with a decorated prep beach career, has graduated since the 2017 beach season in which she and Andie Malloy held down the No. 1 spot, and replacing her will be no easy task for the Nebraska squad, which is looking for its first winning season since 2015. 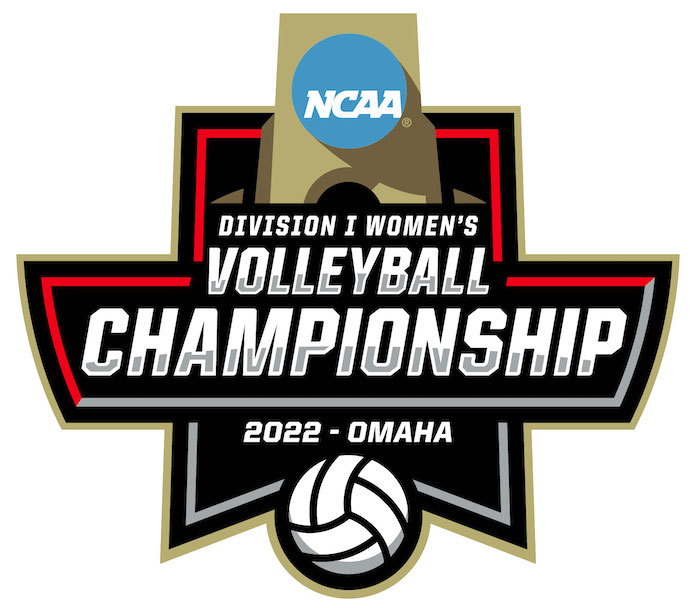 h J R
VolleyballMag.com @VBMagazine Hey @usavolleyball @jrvbassociation @AAUVolleyball club volleyball directors and coaches: Let's declare Thursday and Saturday this week no-practice days so your players can watch the @NCAAVolleyball Tournament! Have watch parties! Get the next generation on board! https://t.co/XfdyYL4QJj