Editor’s note: Travis and his partner, Adam Roberts, are just back from an FIVB tournament in Bulgaria and are playing AVP Atlanta.

ATLANTA, Georgia — Morale, as a good friend of mine would say, is high in the American volleyball world right now.

Just days after April Ross and Alix Klineman won a gold medal on the beach, the USA women won their first gold medal indoors. Beyond the two gold medals, Tri Bourne, who never expected to be in the Olympics in the first place, led the entire Games in hitting percentage, either men or women.

There has been the media blitz, network mornings shows, ringing the bell at the New York Stock Exchange, and for dessert — or has this all just been the appetizer? — the AVP is back, making its 2021 debut on Thursday in Atlanta, Georgia.

It’s not just back in the weird COVID manner it was in 2020, with small draws, no fans, and a three-event season in three weeks: It’s back back.

It’s back in Atlanta, site of the first Olympic Games in which beach volleyball was a sport.

It’s back with fans — paying fans.

It’s back with a full field at the Atlanta Station venue, a 16-team main draw preceded by a qualifier so large it was split into two days.

It’s back with a new owner, Bally’s, and a new streaming channel, NBC’s Peacock. For that matter, if you want to watch, you have to get Peacock Premium.

Beach volleyball, y’all, is back.

Below are the top storylines to follow in AVP Atlanta

Welcome back to the beach, Taylor CrabbThe collective heart of the American beach volleyball community broke all at once when Taylor Crabb tested positive for COVID-19 in Tokyo. Despite being both asymptomatic and vaccinated, Crabb was removed from the Games, replaced by his good friend, Tri Bourne, which became a heartwarming story that temporarily numbed the heart-wrenching one of Crabb.

As good as Bourne was — and is — it is Crabb who is likely to become the face of American mens’ beach volleyball when veterans Phil Dalhausser and Jake Gibb officially retire from the game. And it’s Crabb who is back on the beach. After getting clearance to leave Tokyo, Crabb returned to his hometown of Honolulu for a little decompressing, but also to prepare for the upcoming AVP season.

And the AVP is, at heart, what Crabb is trying to build.

“For beach volleyball specifically, everybody talks about the Olympics,” Crabb said a little more than a month ago. “That’s the overall goal. But they look past that we have a season. We have a tour. The NBA is more important than the Olympics. To win that championship, and then becoming an Olympian is a bonus. Our season gets looked over. Everything is just focused on the Olympics, just get there. That’s what I hope to see change, is that we have our season, our change, and it’s just as important, winning our season, then on top of that, becoming an Olympian. Our season should be just as important.”

Now that season begins, in Atlanta. And if you’re in Atlanta, watching on stadium court as Crabb and Jake Gibb begin what is likely their final year together, give them a standing ovation.

If there’s a player who deserves it, it’s Taylor Crabb.

Is this the Last Dance of Phil Dalhausser and Jake Gibb?

Almost immediately after 41-year-old Phil Dalhausser and 45-year-old Jake Gibb lost elimination matches to Qatar and Germany, respectively, at the Tokyo Olympics, both announced their retirement from the FIVB. Dalhausser joked that his wife, Jen, might divorce him if he were to play another FIVB. Gibb said that he was “done. I’m going to go home and play some AVP tournaments. I’m going to go coach my kids’ soccer games.”

It’s entirely possible both blockers continue to play AVP tournaments after this season, much in the same way former Olympians Sean Rosenthal and Casey Patterson do. But it’s also possible this is the last full AVP season in which we see Dalhausser and Gibb competing at the same time.

This year has a feel somewhat similar to Michael Jordan’s last season with the Chicago Bulls, in 1998, coined ‘The Last Dance’ by then-coach Phil Jackson and later documented in an incredible series by ESPN.

The 2021 AVP season could very well be the Last Dance of Phil Dalhausser and Jake Gibb.

If 2021 is the Last Dance of two American greats, is Atlanta the first tango of the next potential American partnership? April Ross, who is somehow finding the energy and mental bandwidth to compete in Atlanta after winning gold, chatting on every major American media outlet, ringing the bell at the New York Stock Exchange, is playing with someone other than Alix Klineman: Kelley Kolinske.

Now, before anyone gets carried away, it isn’t all that surprising that Klineman is opting out. It wouldn’t have been all that surprising if Ross opted out. The Olympics are positively insane, a nearly-month-long excursion in Tokyo that was, quite literally, beach volleyball around the clock. Klineman takes extra precaution with her body, and to turn around and compete in a blur of a week after winning gold isn’t exactly cautious.

Kolinske’s partner for this past quad, Emily Stockman, is taking off, maybe for just this event, maybe not, and she and Ross are a natural fit for at least a one-off tournament. Kolinske is one of the best blockers in the U.S., and Ross is quite evidently the best defender. If both were free agents this weekend, it makes perfect sense for them to play, both as a potential winning team this weekend and a potential Olympic contender come Paris 2024.

So don’t go too crazy just yet. The chips are a long way from falling for new long-term partnerships. But it will be fun to watch Ross and Kolinske play together, either as a one-off or a peek into what might be to come.

Other new main draw pairings to watch at AVP Atlanta

April Ross and Kelley Kolinske is really only just a small sampling of the completely new look of partnerships on the women’s end. Karissa Cook has partnered with Kelly Reeves at the 5 seed, which left Reeves’ usual partner, Terese Cannon, available. Cannon has picked up Molly Turner at the 7. Turner’s partner during the AVP Champions Cup, Katie Hogan, is now with Kim Hildreth, and Hildreth’s longtime partner, Sarah Schermerhorn, has picked up Megan Rice (not LMU star Megan Rice). Atlanta will also feature the debut of Geena Urango and Falyn Fonoimoana, who were briefly college teammates at USC, as well as UCLA standout Lexy Denaburg and Brazilian veteran Maria Clara Salgado. And, of course, my favorite team in the world, Delaney Mewhirter and Brooke Sweat, after a second-place finish at the AVP Next Gold event in Atlantic City — Delaney, I shall remind you, remains the breadwinner of our household — are directly into the main draw as the No. 12 seed.

Essentially: The women’s side is a brand new field. Even old teams are sort of new, as Crissy Jones and Zana Muno, after a year playing with different partners, are back; Emily Day and Betsi Flint reunited after Flint’s maternity leave; Sara Hughes and Brandie Wilkerson remain the American-Canadian pair who must split when the FIVB rolls around.

The men’s side is mostly normal, aside from the debut of Tim Bomgren and Jeremy Casebeer, although there is the weird partnership of Bill Kolinske and Miles Evans, who play together internationally but not domestically. Kolinske is competing with John Hyden, while Evans is defending for Ricardo Santos… but then Kolinske and Evans are signed up for next week’s two-star FIVB in Prague.

You might think that after nearly two years off of domestic beach volleyball, the players would be quite healthy. You’d think wrong. The qualifier field has been decimated with injuries: Maddison McKibbin and Riley McKibbin are both out — a metal plate in Maddison’s shin is acting up; Riley had surgery on a cyst on his ACL — James Shaw is getting surgery on his ankle; Katie Spieler tore her ACL, as did her cousin, Torrey Van Winden; Lindsey Sparks will miss the remainder of the year after Pottstown knocked her out as well.

Seain Cook, Shaw’s usual partner, is healthy, but couldn’t find a replacement blocker in time, despite being a phenomenal defender who should have been picked up in minutes. Steve Roschitz also recently announced that he is out for the season, with a rare condition called Thoracic Outlet Syndrome. He’s already had surgery, but he can’t compete this year. This leaves his usual partner, Pete Connole, a free agent, and Connole scooped up the speedster Silila Tucker as his defender. Tucker actually made his first main draw with Roschitz, in Chicago of 2018, and he’s from Texas, which makes him and Connole, who lives in Texas, an easy pairing.

Other qualifier teams to watch at AVP Atlanta

Note: I’m only covering five women’s teams and five men’s teams here, including Connole and Tucker above. As a rule, I try to cover 10 different qualifier teams in every preview. If I didn’t include a team, it doesn’t mean that team isn’t a team to watch; these 10 are just the first 10 that caught my eye… 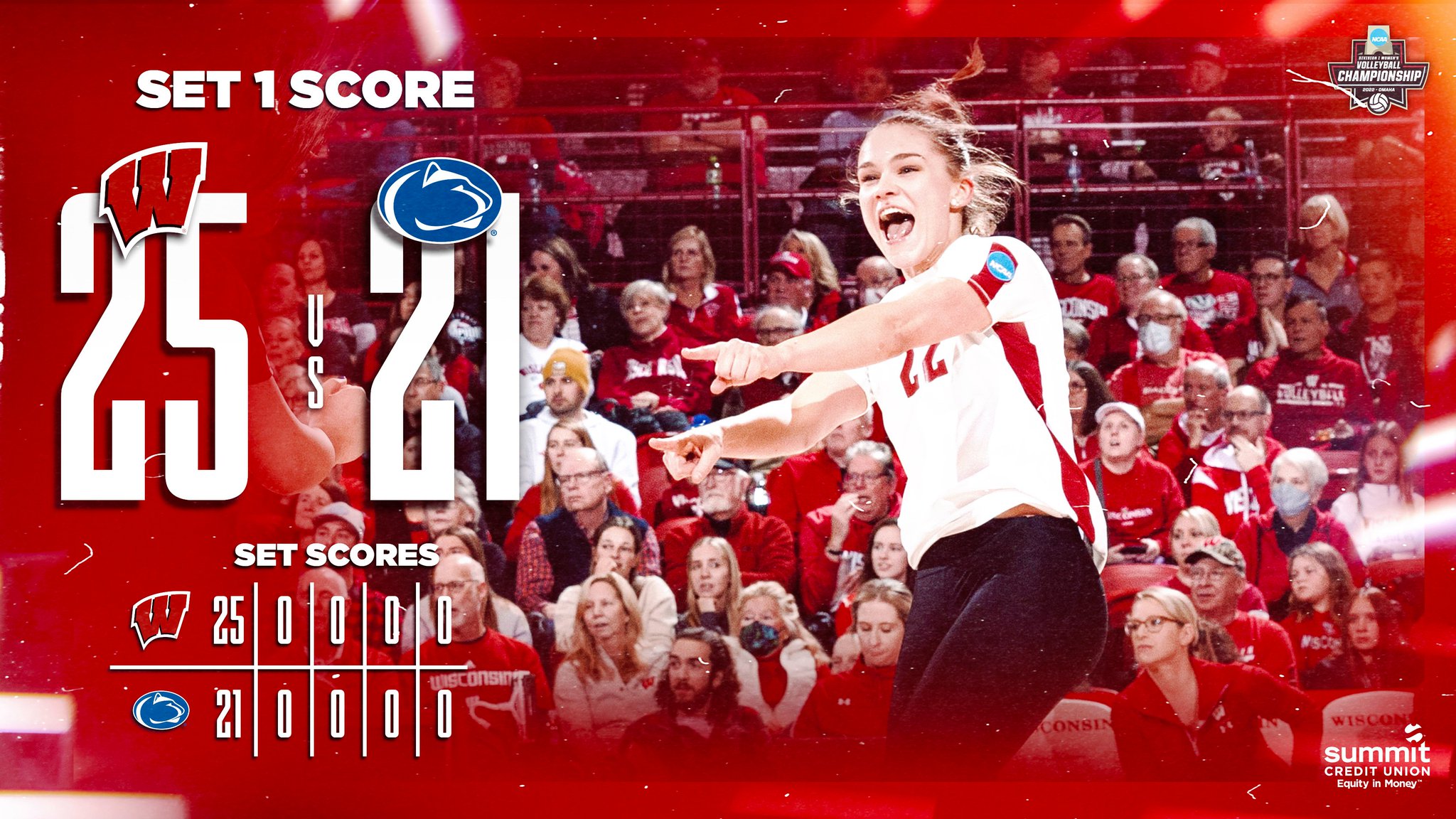 h J R
VolleyballMag.com @VBMagazine FINAL: The Panthers are into their third straight regional final! (2) @Pitt_VB (29-3) wins a hard-fought S4 to finish a 3-1 win over (3) Florida (25-6), stamping their ticket to Saturday night in Madison #H2P #NCAAWVB

h J R
VolleyballMag.com @VBMagazine Madison, WI: With their backs against the wall, (3) @GatorsVB comes out firing in the third to keep their season alive, hitting over .500 in the set to take it 25-17. (2) @Pitt_VB still leads 2-1, a set away from a spot in the regional final #NCAAWVB on ESPNU