Three generations of Boehle volleyball players, including three brothers who played together this season at UC Santa Barbara. And it all began with a meeting at a fraternity party in 1963.

“I know it sounds crazy,” Wayne admitted, “but it was love at first sight. I wanted to take her out, and we went out three weeks to a month later, and we’ve been together ever since.”

They got married in 1965 and began their second generation of volleyball players. Michael was born in 1966 and later they had Danny, Chrissy, and Jenny. Volleyball was in their future.

Tina shagging balls for her uncle Pat in the 1950s and played for the Santa Monica City College co-ed team, as well as partnering with some of the best on the beach, including Ernie Suwara and Butch May.

Wayne, now 73, played, too, and “It made me a little crazy that she was a better athlete at that sport than I was.”

He was a 6-foot-4, 180-pound guard in basketball at Loyola but loved volleyball. In 1964, his Loyola team finished third in the Collegiate Nationals and he was named an All-American.

“I played and played and played, both indoors and on the beach, and we started the first college volleyball team at Loyola University, and after that, I played on some open teams after I graduated.”

And he had motivation.

“Primarily because I wanted to make sure I was at least as good as she was, so I didn’t have to worry about following her around.”

Their oldest, Michael, started playing volleyball as a toddler and has made volleyball his career, first as a player and then as a coach.

“I remember playing at the age of about 2 or 3,” Michael Boehle said. “My dad got on the beach circuit in the early ’70’s, and I would travel with him up and down the coast.

“I got the bug and at 18 or 19 I got my AAA, the highest amateur rating, and then qualified for my first AVP tour event in 1989 in Fort Myers, Florida, and placed seventh. That seventh gave me enough points to stay in the main draw, so I just kept going.

“I was very fortunate to be able to play on the tour for seven years, made some decent money, had a great time, and then met my wonderful wife, Lisa, and started to get serious about my life and my job, and have been coaching volleyball ever since.”

Accordingly, he was named L.A. Times Coach of the Year in 2003-05, as well as being named one of the Top Ten Coaches of All Time by Loyola High School in 2005.

His involvement in volleyball doesn’t stop there. In 2011 he and John Beckwith became owners of the Manhattan Beach Surf Club, where he is owner/coach.

Second son Danny loved beach, his first love was baseball, although he did earn a AA rating on the beach. He never played indoors.

Michael and Lisa started Boehle generation No. 3, with Parker, Hayden, Davis, and Ella.

“In the gym, were all teammates no matter what, but outside of the team, it’s more that we’re brothers, and we have our own inside jokes we have together, and we’ve grown up together all of our lives,” Parker said. “It’s great, I’m stoked, for my last year I got to play with Hayden and Davis, and end it like that. I’m lucky to share it with them.”

And Davis was a 6-1 freshman libero/setter, who redshirted.

“Going into practice this year, I just knew that no matter what the situation, there were two guys I could rely on, whether it was a good or bad practice,” Davis said. “I could talk to them about anything, they will always have my back no matter what happened.”

“Parker is the oldest brother, so he makes sure that everything is OK with us. He’s always checking in with us, seeing how we’re doing. He’s a very calm personality off the court, but on the court, he’s completely different. He’s the most competitive guy I’ll ever meet.

“Hayden is very calm, very funny. Hayden is the trend-setter, the fashion guy, he’s the guy that will try new stuff, whereas Parker and I are willing to just sit back on the couch, Hayden has to always be doing something non-stop.”

None of that was lost on UCSB coach Rick McLaughlin.

“They’re all different guys, individually, but they all know volleyball at a high level, that’s a characteristic of the entire Boehle family,” McLaughlin said. “You see that in practice every day, the court knowledge, the sense of where to be at different times, it is at a really high level with those guys.

“It’s a true volleyball family. They’re all business when they get into the gym. They know what it takes to train at a high level, and they set the tone for the rest of the team. The rest of the team enjoys being around them, it’s a really close team.”

“I’m pretty lucky to have my three boys playing together at one school, let alone in men’s volleyball,” Michael said during the season. “There’s not a lot of opportunities and schools for these boys, especially at the next level after high school … It says a lot about my kids, who they are, and how hard they work. I’m so proud of them. I really am. I never forced them into it, but they ended up liking it, and maybe follow a little in dad’s footsteps. I’m so honored and blessed that they’re able to do this.”

“I think it’s the only time in Division I volleyball that three brothers will play on the same team,” Wayne said. “Not only do you have the ability to play at that level, but you have to be that close in years, it’s kind of amazing.”

The key might have been how young all three started in the sport.

“I was always watching my brother play for as long as I can remember,” Davis said.“I first started peppering with my dad at age 4 and actually started playing games in the backyard at our house in Westchester at age 5 or 6. It would be me and my dad versus Parker and Hayden. Ever since then I started loving playing volleyball.”

“We started playing with a balloon when I was 5 years old,” Parker said. “We played with a balloon for the longest time until we could play with a real volleyball.”

Michael fondly remembers their backyard games at their home in Westchester, Calif.

“We have a grass court in the backyard that they all grew up playing in. We progressed from a tennis height net all the way up to an 8-foot net. Teaching them all ball control, that’s all it was. Learning how to pass. You can do anything you want if you learn how to pass.”

Perhaps unlike many high profile sports families, Hayden remembers that they were never forced to play volleyball.

“My dad never really pushed us, never forced us to play volleyball. He just said, ‘Guys, if this is what you love, pursue it and work as hard as you can every time in practice no matter how hard it is.’

“He’s always been there as a backbone to help us find the right path, and go with it. If you love volleyball, you should try as hard as you can. If you don’t, just stop and see where your path takes you. He always supports us and he’s my role model to look up to.”

“We’ve had some gnarly games in the backyard,” Hayden said.

Parker, as the eldest son, naturally had his share of victories.

“I’m probably the most competitive, to a fault,” Parker said. “I would do my best to beat up on them, but then he (points to Hayden) got a little bigger than me and even the other one (Davis) is bigger than me now. I’ll still say that I’m the best in the backyard when it’s one-on-one or one-on-two. We played together every day one-on-one. I’d like to say that I beat up on them a little while, and then they got a little bigger and stronger and it changed a little bit.”

Parker and Hayden played their first beach volleyball tournament at the ages of 10 and 8, respectively, winning the U12 division. Parker remembers volleyball as “just kind of an everyday thing”.

They all played at Manhattan Beach Surf Club, which influenced Parker’s decision to go to Santa Barbara. His coach at the time was former UCSB standout and assistant coach Aaron Mansfield, now the head coach at Loyola Marymount.

“I wanted to go play for him because he was a great coach for me in club, so that was a big motivator for me,” Parker said, but before he got to Santa Barbara Mansfield left for Santa Clara.

“That was kind of a bummer, but that didn’t matter, because at the time I committed, I kind of fell in love with the guys and the team, it’s like a brotherhood that I wanted to be a part of,” Parker said.

When Davis was being recruited, he said he was fascinated by the team’s culture.

“I visited the campus my junior year, when Parker was a junior and Hayden was a freshman, and they invited me to stay the night and see what it was like. I went to the game and saw how close they were as a team and how they competed as a team. I went home with them and saw how cool it would be to be here a year with my brothers and what a strong bond the team had, it was like they were all brothers.”

Michael’s youngest daughter Ella? She was an All-CIF Southern Section outside hitter at Notre Dame Academy as a junior.

They all play together in the summer, like at fun tournaments such as The Gillis, a family-oriented invitational tournament.

“Our whole family combines to make one pretty strong and fun team,” Parker said. “That’s one of the times I get to play with my dad, my brothers, and my grandparents, and my uncles, on the same team. It’s fun, competitive, and we all have the same goal — to win, so nothing changes there. It’s the same as playing indoor volleyball with my (UCSB) teammates. It’s pretty funny.”

Wayne coaches his grandson Emmett in the 12s and plays beach 4’s on the weekends. The third generation, Parker and Hayden, are both dating players on UCSB’s women’s team. As McLaughlin said, it’s a true volleyball family.

“Wayne was the guy that got us all going and we all had the same interest, and got going down that path,” Parker said.

“It’s natural that we all have the same passion and goal for sports, and no one was forced into anything, it just happened that we’re all the same. It’s pretty cool.”

Lee Feinswog - December 1, 2021
1
"I live for the pressure. I grew up under pressure. Pressure situations fire me up." -- Savannah Rennie Sometime in the next couple of weeks the...

Lee Feinswog - December 3, 2021
0
Five NCAA Tournament round-of-16 spots will be claimed Friday.  Thursday, Kansas pulled off a surprise sweep of Oregon, and Miami had to go a tough... 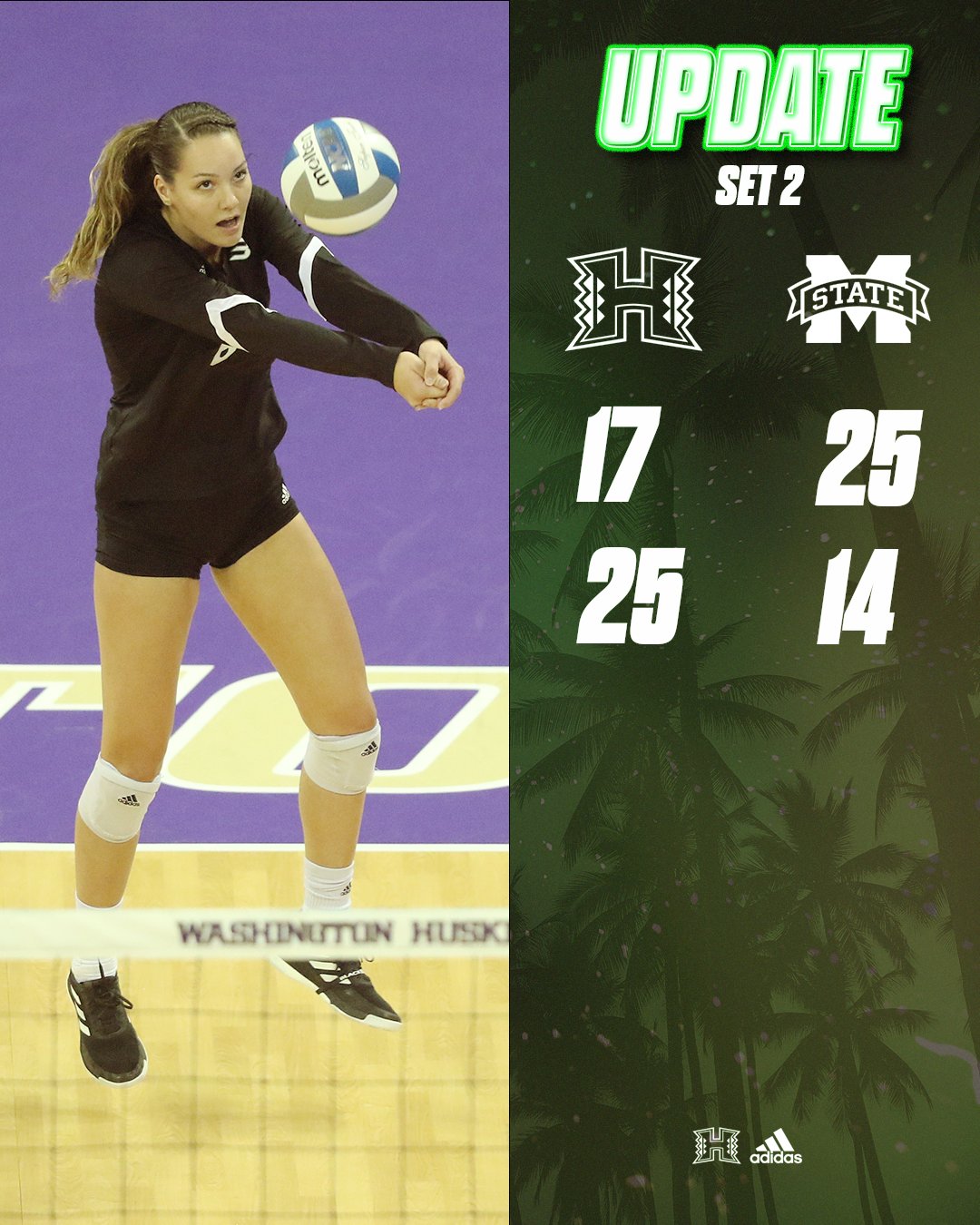