Shondell, whose reach into the sport is almost beyond imagination and who put Muncie, Indiana, on the volleyball map, was 92.

“He was the guiding light of volleyball in the Midwest for so long,” said Mick Haley, the former USA Olympic, Texas and USC coach who played for Shondell at Ball State.

Shondell was the father of Purdue coach Dave Shondell, whose brother John is his assistant. Their brother, Steve, was the longtime Muncie Burris coach and a former Ball State coach. All were integral parts of the Muncie high school scene and the Munciana volleyball club. They have a sister, Kim.

“God called Dr. Don home this past evening (Tuesday, 10:05 PM) with his family surrounding him and loving him in Muncie,” Dave Shondell posted on his Facebook page. “After an incredible fight vs. several health foes over the past couple of years, Dad transitioned to his final resting place to be with our mother (wife, Betty) and so many others that he misses dearly. Our family was blessed with a one-of-a-kind father who always spent enormous time with his children. Dad was always family-first.”

Shondell was a 1952 graduate of Ball State and not only started the men’s program there but also was one of the co-founders of the MIVA, the men’s volleyball conference. Ball State won the MIVA regular-season title 19 times and the conference tournament 12 times. He retired as the Ball State coach in 1998, leaving with a record of 769-280 after 34 years, but then started coaching middle school and the youngest of club players.

“He set the tone for a generation of coaches. Two generations of coaches that came after him,” said Wisconsin coach Kelly Sheffield, who, like Kentucky coach Craig Skinner, is a Muncie product who played at Ball State.

“At one time, we had 60, 70 coaches out there who all graduated from Ball State University,” Haley noted.

“Coach Shondell was an icon,” said Stone, who played at Ball State from 1972 to ’75, and now lives in Colorado. “When I went to Ball State, I went with the idea of playing basketball, not volleyball. But the atmosphere he had around his program was one where he drew people in. I was one of those who got drawn in, and he mentored me and was a teacher and eventually a colleague.

“The thing I love most about Coach Shondell is he loved the sport. He didn’t love an aspect of the sport. He coached junior-high girls and college guys and men and women of all ages. He was an ambassador and his coaching tree is pretty extensive.”

Hanson, who played for the Cardinals in 1978 and ’79, is the only Ball State product to coach a men’s national-championship team. He played for Haley on one of those national-title team at Kellogg Community College before transferring to Ball State.

“Don was the ultimate teacher in terms of exposing you to all facets of the game of volleyball,” Hanson said from his home in Sheridan, Wyoming. “The other thing is he wanted to expose it to every type of person, whether they were the greatest athlete or you were just a kid off the street.

“That’s how he built the early years of his volleyball program at Ball State. Arnie Ball was a baseball player in high school. Jim Stone was a basketball player. They got down there, and Don saw some athletic ability and convinced them to be volleyball players and taught them the game and turned them into great players and great coaches.

“That’s the legacy that Don built. He’d look at anybody and say, ‘Hey, I can make a volleyball player out of this person.’ That was his skill, the ability to teach and communicate how to play the game, he was really, really good at that.”

Shondell was enshrined into the International Volleyball Hall of Fame in 1996.

This is from a story that appeared in the Ball State Daily:

After graduating from Ball State in 1952, Shondell joined the military, assigned to Fort Leonard Wood in Missouri. While dedicating years of his life to the red, white and blue, Shondell got his chance to coach and build volleyball at his army base in the Ozarks.

“We had a residential volleyball tournament, and no one knew how to play volleyball,” Shondell said. “The first two weeks, we spent setting the ball, bumping the ball, handling the ball and so forth. We made it to the finals of the tournament where we faced off against officers who had played for years, and we lost.”

After that first tournament, Shondell continued to coach and play with his team, and he eventually picked up on how to find the best players. Former basketball players from the likes of Kansas and DePaul helped guide Shondell’s team to an undefeated finish and a championship in the residential tournament.

Returning to Indiana after his time in the service, Shondell moved to Brook, Indiana, with his wife, teaching fifth grade and coaching basketball. It was at that time he was approached by former Ball State Athletic Director Bob McCall about applying to the job as intramural director. After arriving in Muncie for a job interview, then Ball State President John Emens didn’t beat around the bush.

“I started explaining my background and how I felt pretty qualified,” Shondell said. “[Emens] said, ‘Don’t waste your time. Bob wants you to have the job. Do you want the job?’ I said, ‘It would be a real treasure to work at Ball State. That’s my dream job.’ He said, ‘OK, you got it.’ ”

“He had just started the club team in 1959 with Tom Beerman and that group,” Haley, 78, recalled from his home in Austin. “He was able to get Ball State to make us a varsity team by 1964. Think about that. And he has continued to be on every committee and lead in every way he can.”

“We all look up to him as our coach still. He was always around, at the Indiana high school championships, and the club championships. He would drive to nationals in Orlando and sleep at a McDonald’s in Atlanta halfway through in the back of his car and then get up and go the rest of the way so he could watch Steve’s junior teams play.”

Stone: “We would go down from Muncie to play a match at Indiana University, for example, and we’d stop halfway and he’d give a clinic,” Stone said with a laugh.

Shondell’s love for growing the game was legendary.

“The number of people who have been directly or indirectly impacted and influenced by him in volleyball is incalculable,” Wisconsin’s Sheffield said.

Sheffield grew up with John Shondell. They went to middle school and high school together, and Sheffield coached for John at Newcastle High School. Sheffield’s younger sister played for Steve at Burris, where Sheffield served as his JV coach.

“I was over at their house a lot as a kid,” Sheffield recalled. “Don and Betty always had their house open with their little dogs Dig ’em and Pepper. You could go there and watch some Cincinnati Reds games or whatever.

“I wouldn’t be doing what I’m doing now. That’s how it’s influenced me and my family. I don’t know how many times when I was just getting started in this career I would go watch him train a team. Certainly, I did the same with Steve and Dave. I took a coaching volleyball class from him. I’m still irritated to this day because I think I deserved a better grade,” Sheffield said with a laugh.

“He was a tough grader. It was all these volleyball-junkie people, and two-thirds of the class were players who played for him. We all thought we had the system figured out, let’s go take a class from Don coaching volleyball, and we’ll take our A and get out of here. He came in prepared and the standard was pretty high.”

All the Shondells coached at the prolific Munciana club at one time or another.

Munciana owner and co-director Wes Lyon grew up in Muncie, played for Don Shondell at Ball State from 1973-77, and later became the head coach at Muncie Central, replacing Dave Shondell when he went to Purdue.

“It’s a said day and he certainly left a legacy,” Lyons said. “Even when I played for him he was a great coach but he also let his athletes enjoy the college experience. That was important.

“He developed the love of the game for so many people. You look at how many former players were compelled to go into coaching. It’s in the hundreds. He had such an imprint on what’s happening in the United States volleyball-wise.”

Don Shondell has grandchildren who have excelled at playing and coaching volleyball, too. This Tweet by John Shondell, with his daughter, was on November 6. That’s Steve on the right:

What an incredible night it was. In the house Dr. Don helped build Allie and her ⁦@LadyMavsVB⁩ just played an incredible match. It just meant so much to win the state on a day dad could see it. Steve was honored before the match for winning 22 IHSAA state championships!! pic.twitter.com/XKRw7Apz6F

“Don’s family (four children, ten grandchildren, and eleven great-grandchildren) is completely at peace with God’s will — his timing and decision,” Dave Shondell wrote. “Dad enjoyed a full and remarkable life. He was about a month away from his 93rd birthday. His determination to beat Covid (and more) was eye-opening, and I’ll never forget the fight he displayed in his final days — unlike anything I have ever seen.

“Over the past few days, our family shared memories with Dad of the wonderful times we spent together. We read him messages from so many friends, colleagues, former players and students — and so many others who have been impacted by him in many ways. This includes Don’s role of building Ball State Volleyball into a national power. Dad will be remembered for a long time for his efforts to promote the sport of volleyball — now the most popular team sport for women and fastest growing game for men. He’s truly a pioneer of America’s Game. No college in America has produced more volleyball coaches than Ball State.”

“Few figures stand as tall in the history of our sport as Don Shondell,” AVCA executive director Kathy DeBoer said. Dave Shondell said on Facebook that there will be a burial early next week.

“And on Dad’s request, host a ‘celebration of life’ at an appropriate time after the New Year. Dad enjoyed hearing all of your notes and comments! Dr. Don felt your love. Thank you for your love and loyal support.”

Very sorry to hear of my college coach Don Shondell passing last night. He's arguably the most influential person in our sport. Thousands of people are playing this game because of his passion, period! Sending our best to John, @DaveShondell , @SteveShondell , and Kim. https://t.co/VQ8tF8rVXZ 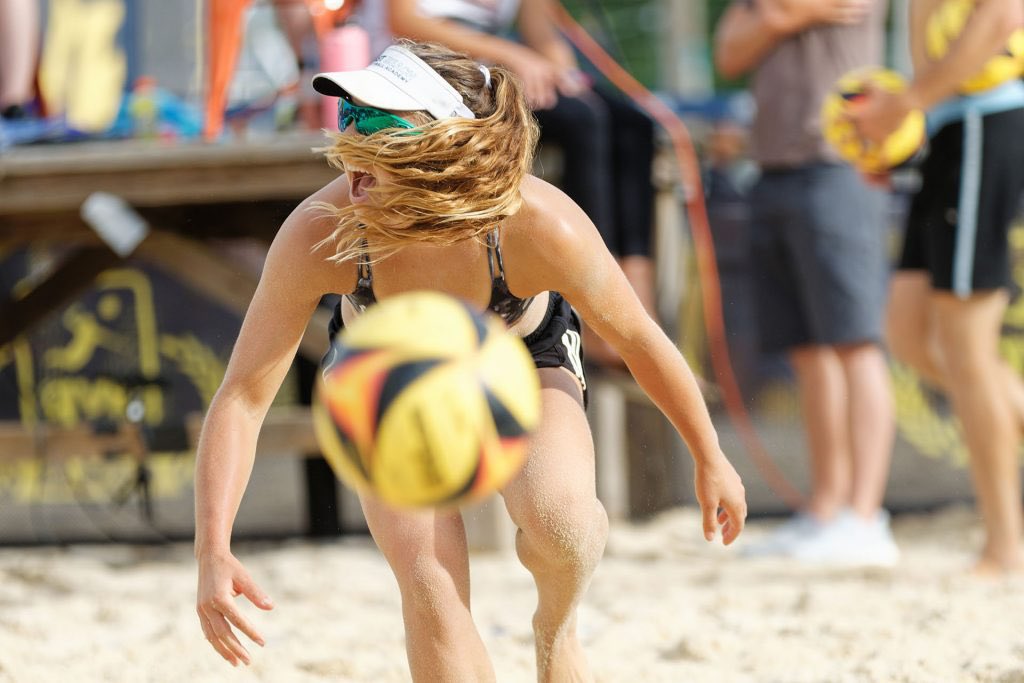 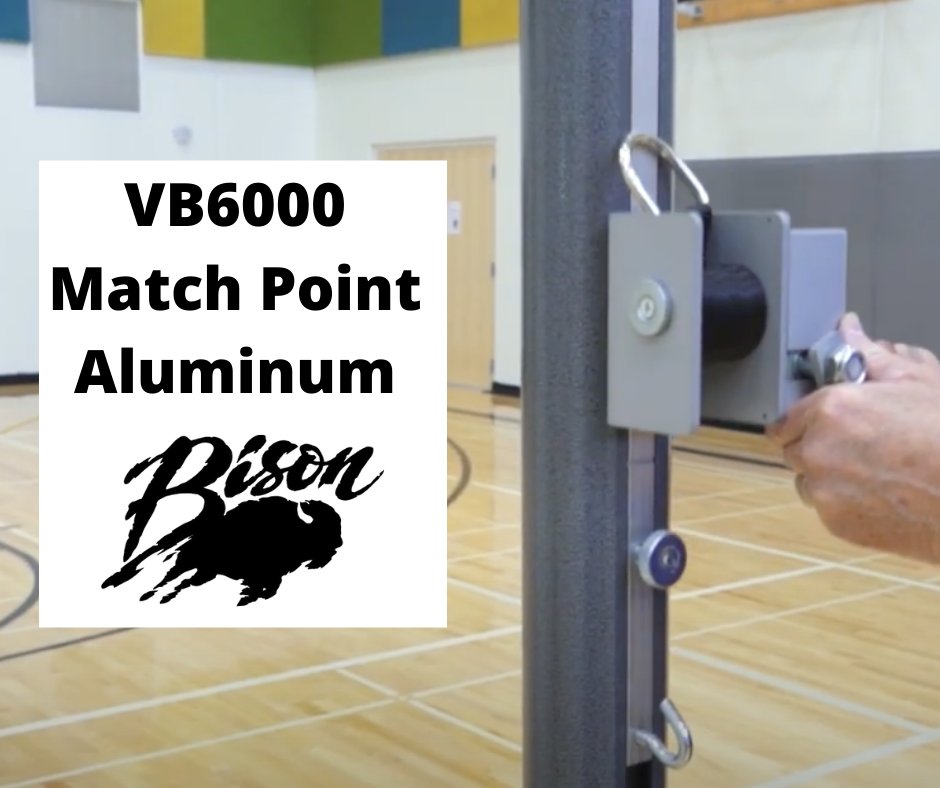