AUSTIN, Texas — If you don’t know who Aiko Jones is, now would be a good time to learn.

Louisville (22-9), which finished in a four-way tie for third in the ACC this season, advanced to Saturday’s NCAA regional final when it will play Minnesota with a berth in the national semifinals on the line.

Jones had a career high 23 kills and just five errors on 48 swings to hit .375, adding an ace, four blocks, and seven digs.

“Jones had a monster night,” Texas coach Jerritt Elliott said. “We knew that she was good and we couldn’t contain her.”

Jones found herself the go-to option for Louisville in her first college season after the Cardinals’ top attacker (for the past three seasons, no less) Melanie McHenry went down with a knee injury in mid-October. Not only did Jones start getting more sets, but she also had to get used to playing six rotations and being Louisville’s offensive option out of the back row.

Her transformation into a player capable of taking over a match and upsetting the No. 2 team in the country didn’t happen overnight.

Louisville third-year coach Dani Busboom Kelly remembers a few matches where Jones had quite a few errors hitting out of the back row. But Jones, the coaching staff, and the team knew to just wait, they had already seen how hard she was capable of working and the kind of improvements she could produce.

After all, when Busboom Kelly first met Jones, she was just a high school kid from Jamaica attending camp at Nebraska, her father’s alma mater. Aiko had never learned to dive because she played on concrete courts back home. What she did have were physical gifts — generous height and athletic genes — as well as a genuine love for the game.

Her father ran track at Nebraska and both parents were involved in the Jamaica national volleyball program. Every Friday, they would play in the front yard, welcoming friends to play and inviting in strangers who just happened to be passing by.

“When Dani left Nebraska and came to Louisville, she told me about Louisville, I came to a camp there and I fell in love,” Jones said. “There’s a couple more details to the story, but basically I just fell in love with Louisville when I showed up there.”

And after taking a redshirt year to develop further as a player, Louisville has fallen in love with her.

“(Aiko) puts in more time on the court and off the court than anybody I’ve ever coached,” Busboom Kelly said, “just working on not only her physical game but her leadership, and so to see it come to fruition in a moment like tonight was pretty special.”

“I don’t even know how to talk about Aiko because I’m going to start crying,” junior setter Tori Dilfer said. “She means more to me and to this program than I think anybody is going to ever be able to explain, not just because of how dominant of an athlete and player she is.”

Jones and Dilfer — who transferred this season to Louisville from TCU — make a pretty dynamic pair. Their connection starts off the court, where Dilfer, the daughter of Super Bowl quarterback Trent Dilfer, said if she needed to call somebody in the middle of the night, Jones would be that person.

“It starts off the court,” Jones said of Dilfer. “She’s an amazing person. From the moment that she came to Louisville, I knew that we were going to build something with our team. We put in a lot of work, her and I, in the offseason throughout the spring and the summer, just hitting balls and setting balls and I think she trusts me and she trusts all of our hitters to put balls away in big moments.”

Dilfer, who had a kill, 47 assists, two aces, two blocks and a team-high 15 digs Friday, decided to transfer after two perfectly respectable seasons at TCU, where she was last year’s starting setter.

“I have never felt a tugging at my heart from the Lord more than in that season in my life,” she said. “I think God was challenging me to place my trust in Him completely instead of in volleyball or in the world or in myself.”

Busboom Kelly wasn’t really looking for a setter when Dilfer contacted her last winter after the 2018 season. The coach had Arizona Gatorade Player of the Year Shannon Shields coming in from Phoenix to take over for graduating setter Wilma Rivera, and she told Dilfer frankly that Louisville would love to have her, but if she came there was no guarantee she’d get to play at all, or she might end up playing three rotations in a 6-2.

But that’s not what happened at all. Dilfer arrived in January and made her case, earning the starting spot from the first match of the 2019 season. Friday night she looked as good as any setter in the country, quarterbacking her team to a .235 hitting percentage.

“(Tori) started digging balls, her serve has taken over a lot of matches for us, won us some matches, and so it was the little things that not just her setting,” Busboom Kelly said of how Dilfer won the starting spot. “It was just becoming a much better complete volleyball player … I think having to earn that spot has helped with that confidence.”

Tori’s father Trent, who played 14 seasons in the NFL and now coaches the Lipscomb Academy high school football team in Tennessee, was emotional after his daughter team’s historic win over Texas in Austin.

“She made a really courageous move transferring. She was in a good situation at TCU, she wanted to be pushed,” he said. “She wanted to be part of something great. And she got her wishes. A lot of credit to Dani and that staff and the girls, what they’ve overcome this year. Talking to her from a distance, the biggest thing has been just about seeing a bunch of girls come together to be a really cool team.”

Naturally, growing up with an NFL football player and collegiate swimmer mother, Dilfer and her sisters Maddie and Delaney, were always involved in sports, but all three felt a pull towards volleyball, the sport of their dad’s sister Tegan, who played at Colorado.

“I think I can speak for both my sisters and I when I say like you touch the ball and you’re like, wow, (volleyball’s) just different than any other sport,” Dilfer said.

As his daughters started to get more competitive in sports, Trent Dilfer had to learn to walk the fine line between dad and coach. He even dubbed a hat the “coach hat” that Maddie, Tori, or Delaney would have to ask him to literally put on his head if they wanted him to get into coach mode. Otherwise, he would just be dad.

“I think I’ve always had an edge on people just having him as my dad, having my sisters and my mom as well,” Tori said. “We’re an extremely competitive family. I’ve always felt uplifted by him, it’s never been expectations of you have to be this awesome athlete. The times that he’s gotten on me or on my sisters has been because he knows that like what is inside of us and what needs to come out.

“I’ve never seen a parent believe in his kids more than he does. If I didn’t have him as my dad, I wouldn’t be at Louisville. I would never have transferred, and I wouldn’t be in this position right now.”

There were quite a few proud and grinning Louisville parents in the stands Friday night. Paula-Anne Porter-Jones stood courtside after the match, simply grateful that she had made the last-minute decision to book a flight to Austin from Kingston.

“The best part of it for me was that (Aiko) enjoyed the game and looking at the whole team and seeing them relax and get back into just enjoying the game,” Porter-Jones said.

“From what I see, there isn’t competition amongst themselves. There is support, there is caring, there is helping each other out, there is covering for each other. From the outside, it just seems like, ‘if I am off today that’s OK because somebody else is going to step in so I don’t worry about making mistakes because my team has my back.’ And I think that’s what can help them to relax in the way that they did.”

That zen mindset goes back to something Busboom Kelly talked about in Thursday’s pre-match press conferences: expecting to win. Even when you match up against the No. 2 team in the country. Even when that team hasn’t lost at home in over a year. Even when you go up 2-0, only to have the other team come back and push the match to five.

Turns out, Louisville loves a good five-setter. Heading into Friday night’s match, the Cards had played eight matches that went the distance this season, winning five of them.

“Part of me in the fourth was hoping we went five because I had so much confidence in our team that a five-gamer was one of our strengths,” Jones said.

Louisville won the first two sets and by all accounts should have been on the defensive in the fifth after losing the third and fourth, but instead the Cardinals led the entire time and won off a kill from Auburn transfer middle Anna Stevenson, who also had a great night. She had 14 kills, hit .393, had an assist and four blocks. Claire Chaussee and Amber Stivrins had eight kills each.

Texas finished its season 23-4 and senior Micaya White ended her fabulous career with 20 kills and six digs. Logan Eggleston had 17 kills, hit .333, and had an assist, four aces, five blocks and 12 digs. Brionne Butler had 12 kills, hit .409, and had six blocks, one solo. Skylar Fields had eight kills, hit .313, and had three blocks, and Asjia O’Neal had seven kills in nine errorless attacks to hit .778 and had an ace, five blocks and two digs. Setter Jhenna Gabriel had a kill, 53 assists, a block and seven digs.

“Congratulations to Louisville,” Elliott said. “I thought they were very prepared coming in. Most importantly they had a group of kids that fought extremely hard and I felt like that made the difference in this match. They were really connected and they were playing and they had a purpose.”

Texas also fell behind 0-2 last Friday when it eventually rallied for a five-set second-round win over UC Santa Barbara.

Elliott admitted his team wasn’t itself.

“It just didn’t feel right, and I think they would admit to this, in the huddle when things weren’t going well, we didn’t have that kind of grab each other’s hand and let’s go to war together.”

For more on Dani Busboom Kelly, we did this post-match video interview with her when Nebraska won the 2015 NCAA title, and this story when she took the Louisville job.

VolleyballMag.com @VBMagazine South Bend, IN: @NDvolleyball would like nothing more than to take some of the luster off Sunday's top-5 showdown - Irish with a fantastic all-around S2 to take it 25-20, evening up the match vs #4 @Pitt_VB #NCAAVB on ACCNX 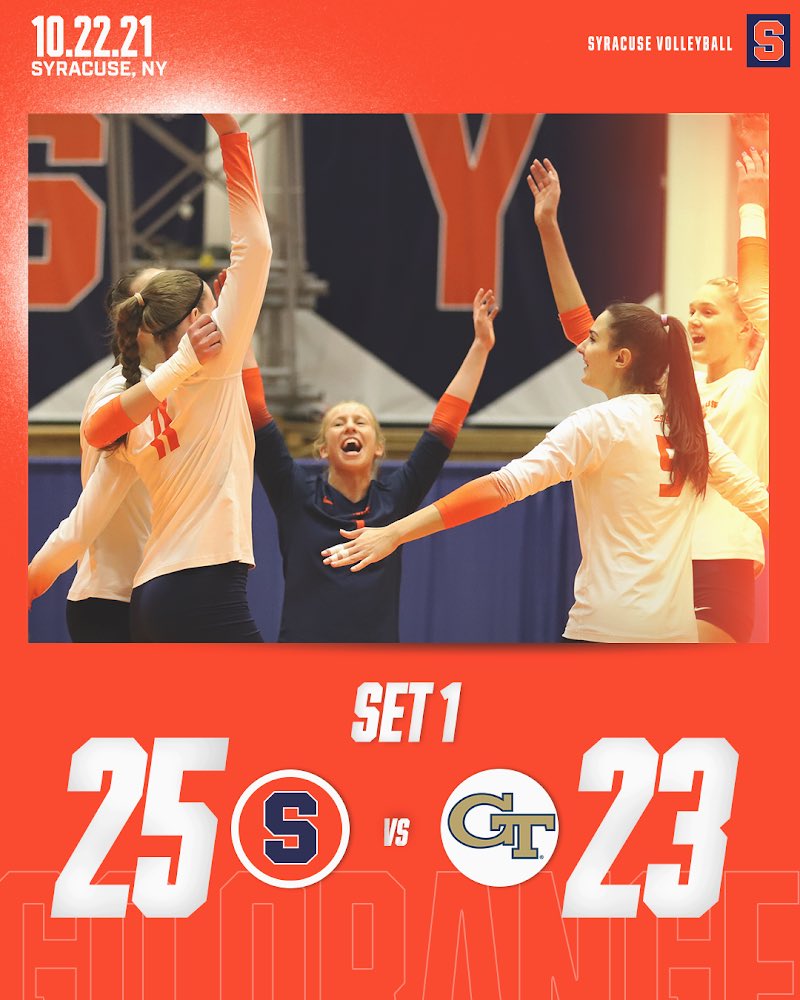