With Yeomans unable to play the opening day of the Pac-12 South Tournament at Mapes Beach, where the Bruins would play Arizona State in the morning and No. 5 USC in the afternoon, coach Stein Metzger had to cobble together a team on No. 5 who had zero experience playing together: Mac May and Megan Muret.

“We threw them together at the last second,” Metzger said. “It’s another opportunity to talk about the story of the next person up.”

Had the order been reversed, with USC in the morning and Arizona State in the afternoon, it’s possible the day could have gone a bit differently for the Bruins. May, a senior who was the 2019 Pac-12 indoors player of the year indoors, and Muret were still figuring it out in the morning match against the Sun Devils, losing 19-21, 16-21 to Alexia Sweeney and Kate Baldwin. The Bruins still won as a team, 4-1.

It only served to make the story that much more Hollywood when, a few hours later, USC and UCLA would be tied, 2-2, with one court to go: May and Muret on 5.

“All those kids who are out there who are sitting on the bench or not playing or whatever, if you just keep training and keep training and then today, you get your call against the biggest rivalry in the sport,” Metzger said.

And then you answer the call.

May and Muret, a junior with a career 43-8 record going into this season, were up, 20-19 in the second set. Match point. Dual point. An error from USC’s Cammie Dorn would have sealed it had May not clipped the net on the block. Paige Dreeuws, a 5-foot-9 junior Trojan, aced May on the ensuing serve.

In a matter of seconds, the match had completely shifted.

“I think everybody in that situation gets a little bit stiff,” Metzger said. “But she handled it well, and the indoor team relied on her to be the big arm so she gets a lot of opportunities to be in the big moments so she knows what it takes to stay calm in those moments.”

May sided out the next ball, hitting a low line past Dorn, who had pulled off the net. She followed that up with a block, flipping match point back in UCLA’s favor. Then she did it again, getting a hand on a high line, giving Muret enough time to wheel around and set May, who poked it into the net, where it trickled for the dual-clinching kill.

It gave UCLA a 3-2 victory on a busy NCAA beach Saturday when No. 1 LSU won twice in Fort Worth, No. 3 Florida State did the same at North Florida, No. 6 Cal Poly went 2-0 in Phoenix, but No. 9 Pepperdine beat No. 15 South Carolina and No. 10 Stetson before getting knocked off by No. 14 Long Beach State. The recaps follow, but first more from the Pac-12 South Tournament that was played on both UCLA’s campus and in Santa Monica.

The Bruins earlier beat Arizona State 4-1 before things came to a head for Muret and May, who made the most of her shot in the lineup.

“She got an opportunity to play and she came up big in the end,” Metzger said.

As did a number of Bruins, both young and old. Freshmen Rileigh Powers and Devon Newberry rallied after losing the first set on No. 4, 16-21 to Joy Dennis and Harper Hallgren, winning the next two sets 21-16, 15-13. Senior leader Savvy Simo and sophomore Abby Van Winkle controlled No. 1 from the first serve to the last against USC’s Hailey Harward and Haley Hallgren, winning 21-13, 21-18.

The Trojans were positively brilliant on courts two and three. Neither Kyla Doig and Sammy Slater on two nor Nicole Nourse and Audrey Nourse, respectively, were close to dropping a set, the closest being 21-17.

Both Southern California programs, despite the uncharacteristic five losses between the two, have tremendous upside that isn’t close to being tapped. USC started four true freshmen — Doig, both Nourses, and Harper Hallgren — while UCLA started three — Lexy Denaburg, Newberry, Powers — as well as two sophomores in Van Winkle and Lindsey Sparks.

“We have so much more room,” said Simo, who is 9-2 on the season. “We can do it. It’s exciting knowing that we can beat these teams. We beat LSU, we just beat USC, we have so much more to do and work on and get better at and that’s really, really exciting to us.”

Click here for all of the results from UCLA’s two matches Saturday. Sunday, the Bruins play Oregon and Washington. Also in the Pac-12 South Tournament, No. 11 Cal dominated both of those teams Saturday. Click here for the Cal story and results. USC earlier on Saturday beat No. 19 Stanford in five. USC plays Cal and and Utah on Sunday.

Around the nation: LSU has won 11 duals in a row after it swept both Missouri State and UAB at TCU. That included the No. 4 pair of Taryn Kloth and Kelli Agnew extending their season-opening winning streak to 13. They have not lost a set this season. Click here for the LSU results …  The home team, No. 16 TCU, beat No. 17 Arizona and also Missouri State. Click here for the TCU results …

Florida State is 12-1 after beating UNCW and North Florida to record the program’s 200th victory. Click here for the FSU results …

The Waves Invite on Zumo Beach in Malibu started well for the home team as Pepperdine beat South Carolina 4-1 and then Stetson by the same score. But then Long Beat State came away with a 3-2 victory that gave Pepperdine only its fourth defeat at home in program history. The match came down to No. 1, where Long Beach State’s Mari Molina and Tyler Spriggs beat Deahna Kraft and Brook Bauer 14-21, 21-16, 15-11. It was made more surprising because Stetson beat Long Beach 4-1 and South Carolina beat the Beach 3-2. Click here for the Pepperdine story and results from all those matches. VBM Staff - December 6, 2021
0
When Tennessee played North Carolina in the first round of the NCAA Tournament, it was especially meaningful for Marko Fong, the stepfather of Tennessee... 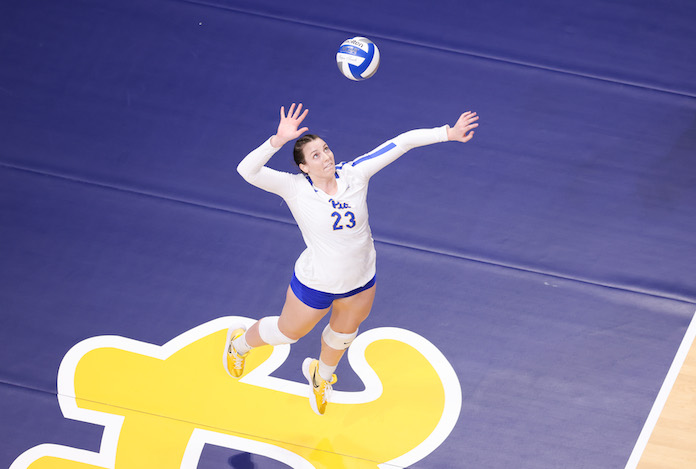 h J R
VolleyballMag.com @VBMagazine We are only 10 days away from the NCAA Division I Women's Volleyball Championship! Limited tickets remain--secure your seat today to be part of the action in Columbus and be there LIVE as a national champion is crowned! 🏐🏆🏐🏆#NCAAVB https://t.co/KD9CLfotRT https://t.co/BDknVjU60K 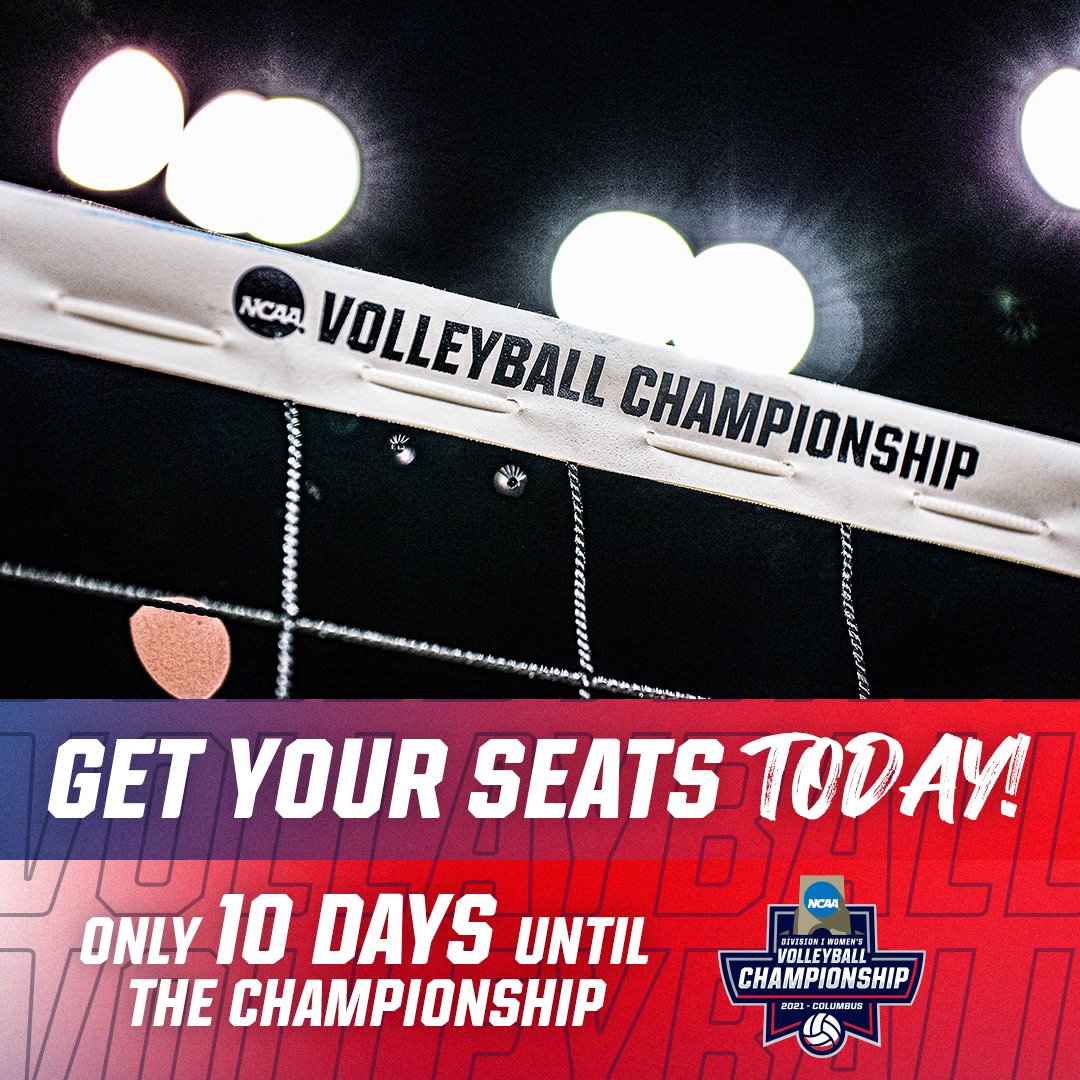 We are only 10 days away from the NCAA Division I

Injuries hopefully behind her, @kayla.lund leads @