For quite a few conferences, the regular season is history. Now it’s on to — for many of them — a one-and-done situation. In other words, win the tournament and the corresponding NCAA Tournament bid that comes with it, or your season ends.

A conference-by-conference rundown follows, with links, but first Wednesday’s schedule:

There are 15 matches on the NCAA Division I women’s volleyball scoreboard, highlighted by three ranked Big Ten teams in action. No. 1 Penn State is home for Indiana, No. 8 Michigan State goes to Michigan and No. 15 Purdue plays at Rutgers.

In the Big 12, there are four matches but none bigger for the Jayhawks then No. 16 Kansas at No. 2 Texas. No. 19 Baylor plays host to Kansas State, while No. 23 Iowa State is at Oklahoma and Texas Tech goes to TCU.

There’s a big one in the Pac-12 when second-place No.14 USC goes to league-leading No. 4 Stanford.

The two-match SEC slate has No. 3 Florida at Texas A&M and Auburn at LSU.

None of the three teams tied for the ACC lead play Wednesday, but Clemson goes to Georgia Tech.

Also in action is No. 24 Colorado State, which plays host to Fresno State in the Mountain West, which the Rams have already won.

Be sure to check the daily VolleyballMag.com TV and streaming listings to click and watch every match.

Big 12
As mentioned above, all four ranked teams are in action. Only those four will get NCAA bids, but Texas is still in the hunt to get one of those coveted top-four seeds. The Longhorns are No. 5 in the RPI and No. 2 in the Pablo.

Big Ten
Penn State (25-1, 15-1) plays Indiana and Rutgers and then finishes up at No. 12 Wisconsin (17-8, 8-8) and No. 7 Minnesota (24-3, 13-3). The Nittany Lions dealt Stanford its only non-conference losses, but did so early when the Cardinal’s 6-foot-8 right side Merete Lutz was sidelined. The Nittany Lions are No. 1 in every poll but can’t afford to stumble if it wants a top-four seed.
Conversely, Nebraska is tied with Penn State and finishes up with Ohio State, Maryland, Northwestern and Iowa. If any of those four beat the Huskers it would be a major upset.
Minnesota plays Northwestern, has a tough trip to Illinois and then is home for Rutgers before Penn State visits. No. 8 Michigan State (19-6, 12-4) has Michigan, is at Indiana, goes to No. 15 Purdue and finishes at Indiana.

Pac-12
It’s not likely anyone is going to catch Stanford (22-3, 15-1), which leads USC (20-7, 12-4) by three games and Washington (21-6, 11-5) by four with four matches left. Not that Stanford has it easy. After USC, the Cardinal plays host to No. 18 UCLA on Thursday and then finishes up next week at No. 17 Utah and Cal.
Nine teams are legitimately in the hunt for NCAA bids with the league all but assured to get Stanford, USC, Washington, Utah, Colorado, Oregon, UCLA and Oregon State in with Washington State certainly on the cusp.

Southeastern Conference
Florida (No. 2 in the RPI) and No. 6 Kentucky (No. 3 RPI) are hoping to be one of the top-four seeds. After Wednesday, Florida has only a trip to Auburn and Missouri at home. UK has four matches left, home against Georgia and Ole Miss and at Arkansas and Georgia.
LSU (RPI 33), Missouri (RPI 35) and Auburn (RPI 37) all hope for NCAA bids, so the LSU-Auburn match is no small thing to those two teams.

American Athletic
The only team that’s getting is No. 21 Wichita State, which went through the league 16-0. The Shockers, 16th in the RPI, finish the regular season against Tulsa, SMU, and then play back-to-back against Memphis. The AAC has no tournament.

America East
The semifinals are set for Friday when second-seeded Binghamton plays No. 3 New Hampshire, followed by top-seeded Albany against No. 4 Stony Brook. The final is Sunday. Albany has the league’s highest RPI at 106.

Atlantic Sun
No ASUN team is going to get an at-large, so it’s winner take all in the tournament. It starts Thursday at Lipscomb in Nashville with fifth-seeded North Florida playing the fourth-seeded hosts. The winner gets No. Kennesaw in the semifinals. On the other side, No. 3 FGCU plays sixth-seeded USC Upstate, with no. 2 Jacksonville up next. The final is at 5 p.m. Central Saturday.

Atlantic 10
No one has beaten top-seeded VCU in a long time, consider the Rams are 14-0 in the league and riding a 25-match winning streak. VCU’s RPI is 42, so it’s possible the Rams could still get in without winning. They await the winner of Friday’s match between tourney host No. 4 Duquesne and No. 5 Rhode Island, while second-seeded Dayton gets the winner of No. 3 Saint Louis and No. 6 George Washington. The final is at 1 p.m. Eastern.

Big East
The tournament doesn’t start until the semifinals November 24 at Marquette. No. 13 Creighton is a lock for the NCAA tournament and Marquette (RPI 30) is a probably and they are the only teams with a chance. Creighton goes to Villanova and Georgetown to finish up the regular season, while Marquette has just one match remaining, at DePaul.

Big Sky
Sacramento State, which won the overall title and is the host for the tournament, has an RPI of 87. North Dakota is at 81, so it’s a one-and-done situation. There are no byes in this one, so when action starts Thursday top-seeded Sacramento State plays No. 8 Northern Colorado, second-seeded UND gets No. 7 Weber State, while No. 3 Idaho State plays No. 6 Idaho and No. 4 Portland State gets No. 5 Northern Arizona. The final is at 8 p.m. Mountain on Saturday.

Big South
Radford is the host team. The quarterfinals are Friday and league-champion High Point, who went through 16-0, is the highest-ranked RPI team at No. 44. High Point awaits the winner of No. 4 UNC Asheville vs. No. 5 Liberty, while second-seeded Radford gets the winner between No. 3 Campbell and No. 6 Winthrop. The final is at 4 p.m. Sunday.

Big West
The league has no tournament, so Cal Poly, which went 14-0, got the automatic bid. Second-place Hawai’i, with an RPI of 47, has a slim hope of getting a bid.

Colonial Athletic Association
James Madison is the host team. Top-seeded Charleston (RPI 52) awaits the winner of Thursday’s semifinal between No. 4 Northeastern and No. 5 Hofstra, while No. 2 Towson gets the winner of No. 3 JMU and No. 6 Elon. The final is at 4 p.m. Eastern on Saturday.

Conference USA
The only way C-USA gets two teams is if someone knocks off league winner Western Kentucky (RPI 32), although North Texas (RPI 57) is the top seed. Accordingly, UNT plays No. 8 Marshall in the tournament at Western Kentucky, while WKU plays No. 7 Charlotte. No. 3 Rice faces No. 6 Southern Miss, while No. 4 UTSA plays No. 5 Florida Atlantic. The final is at noon Eastern Sunday.

Horizon League
Another one-and-done league. Host Cleveland State led and is ranked 75th in the RPI. Top-seeded Cleveland State awaits the winner of No. 3 IUPUI and No. 6 Northern Kentucky, while No. 2 Oakland gets the winner between No. 4 Green Bay and No. 5 UIC. The final is at 2 p.m. Eastern Sunday.

Ivy League
The Ivy League has no tournament, but it did have a tie for the regular-season title and the NCAA bid that comes with it. Accordingly, co-champs Princeton and Yale play a winner-take-all match at 7 p.m. Saturday at Yale. Both teams finished 10-4 in the league and they split their matches.

Metro Atlantic
Fairfield had a strong season, but even at 23-6 overall and 18-0 in MAAC the Stags have an RPI of 157, so this, too, is a winner-take-all league. Host Fairfield awaits the winner of Friday’s match between No. 4 Marist vs. No. 5 Rider, while No. 2 Niagara gets the winner of No. 3 Iona and No. 6 Quinnipiac. The final is at 2 p.m. Eastern Sunday.

Mid-American
Host Miami has the league’s highest RPI at 67, so it’s winner take all here, too. In essence there are two four-team play-ins on Thursday and Friday. Top-seeded Miami and second-seeded Bowling Green await the respective winners in Saturday’s semifinals. The final is at 4:30 p.m. Sunday.

Missouri Valley
Missouri State won the league title, there are still two dates left on the regular-season schedule, and the tournament doesn’t start until November 23. So everyone should be well rested.

Mountain West
Colorado State is the league champ and gets the NCAA bid. The Rams still have three regular-season matches left. Wyoming has its hopes on a bid to the NIVC.

Northeast Conference
League-champ LIU Brooklyn (RPI 130) is the host team and plays fourth-seeded Robert Morris on Friday, while second-seeded Bryant plays No. 3 Central Connecticut. The winners play for the NCAA bid at 3 p.m. Eastern on Saturday.

Ohio Valley
League-winner Austin Peay has an impressive record of 27-5, but only a 59 RPI, so it’s all or nothing. The Govs, who are the host, play eighth-seeded Southeast Missouri on Thursday. No. 2 SIUE takes on No. 7 Eastern Illinois, No. 3 Murray State plays No. 6 Jacksonville State and No. 4 Eastern Kentucky plays No. 5 Belmont. The final is at noon Eastern on Saturday.

Patriot League
American is 24-7 overall, 15-1 in the Patriot, but its RPI is 71. The Eagles play No. 4 Lehigh, while in an Armed Forces battle on the other semifinal, No. 2 Navy plays No. 3 Army West Point. The final is at 3 p.m. Eastern on Sunday.

Southern Conference
Furman (RPI 103) won the league, but ETSU’s is a bit better at 99. Either way, just one team will go and it’s a winner take all. Furman gets the winner of an earlier match Friday at Western Carolina between Mercer and The Citadel, while second-seeded ETSU plays No. 7 Western Carolina. The final is at 2 p.m. Eastern Sunday.

Southland Conference
Central Arkansas has the Southland’s highest RPI at 72. But SFA is the top seed for the tournament at Texas A&M-Corpus Christi. SFA play No. 8 Abilene Christian, No. 2 Central Arkansas faces No. 7 McNeese State, No. 3 TAMUCC plays No. 6 Sam Houston State and No. 4 Houston Baptist plays No. 5 Northwestern State. The final is at 3:05 p.m. Central on Sunday.

Southwestern
The SWAC tournament is Friday through Sunday at Jackson State. Alabama State, which went undefeated in the league and has won 39 SWAC matches in a row, has the league’s highest RPI at 205.

Summit
Host Denver won the league, but will need to win the tournament to get the NCAA bid. The Pioneers have an RPI of 60. They await the winner of fourth-seeded North Dakota State and No. 5 Omaha, while second-seeded Oral Roberts gets the winner of No. 3 South Dakota and No. 6 Fort Wayne. The final is at 2 p.m. Mountain on Sunday.

Sun Belt
No one is getting an at-large out of the Sun Belt. Top-seeded Coastal Carolina has an RPI of 89, while No. 2 Texas State is No. 70. They both have spots in Saturday’s semifinals. The final is at 2 p.m. Central Sunday.

West Coast
The league’s two top teams, BYU and San Diego will both get NCAA bids. Both teams have three regular-season matches left. The WCC has no tournament.

Western Athletic
Top-seeded NM State awaits Thursday’s matchup of No. 4 CSU Bakersfield and No. 5 Seattle U. NM State has the league’s highest RPI, 111. Second-seeded UT Rio Grande Valley, the host team, gets the winner of No. 3 Utah Valley and No. 6 Kansas City. The final is at 7 p.m. Central on Saturday.

No. 4 Pitt at No. 2 Louisville, No. 10 UW vs. Stanford spice Sunday’s NCAA volleyball schedule

VolleyballMag.com @VBMagazine FINAL: Things we didn't expect to be typing in late October: Mississippi State is tied for third in the SEC. @HailStateVB (16-5, 7-2 SEC) cranks out .377 team hitting, finishing a series sweep of Texas A&M (11-9, 4-6) with a fairly comfortable 3-1 home win #HailState #NCAAVB 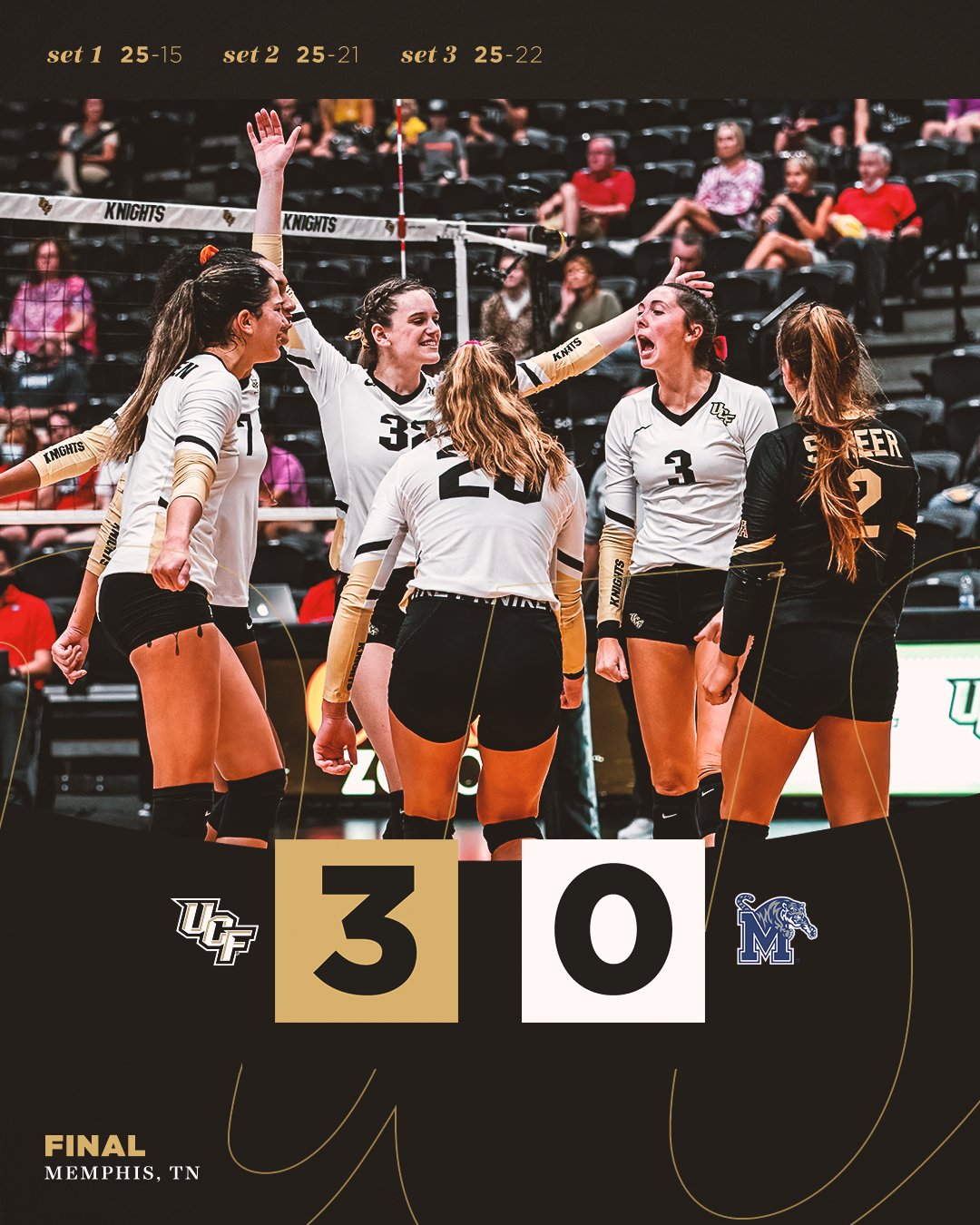 h J R
VolleyballMag.com @VBMagazine FINAL: #24 @CreightonVB (20-3, 8-2 Big East) joins the 20-win club with their third straight sweep, rolling past Villanova (12-10, 4-6). Round two with Marquette looms Friday in Milwaukee; Jays have to win it again to move back into a tie for first #GoJays #NCAAVB