And so we begin. If Twitter is the source, as best as can be determined Tulane scored the first point of the NCAA volleyball season when Sarah Ray got a kill against Montana State just after 9 a.m. Central in Huntsville, Texas, at Sam Houston State.

Of course, there’s a full slate of college games, but there is plenty of other vball going on.

The AVP is in Chicago, and the FIVB has a beach stop in Poland at the Olsztyn Grand Slam.

What’s more, our respective USA national teams are in action, too.,

The USA men are in Irvine against Brazil in the fourth and final match USAV CUP to prepare for the FIVB World Cup (Sept. 8-23 in Japan), which is their first chance to qualify for the 2016 Olympic Games.

The USA women are in Japan for the FIVB World Cup and resume play in Okayama against Kenya on Aug. 30, Argentina on Aug. 31 and Cuba on Sept. 1. Team USA concludes the World Cup in Nagoya with matches against Russia on Sept. 4, Japan on Sept. 5 and Dominican Republic on Sept. 6.

The two big teams in Utah got some nice pub this week. The BYU women are coming off an appearance in last year’s NCAA title match with a new coach and new outlook. Read about it in the Provo Herald. Utah, meanwhile, has quite a new look as the Utes enter the season having lost six seniors and two assistants. Read about it in the Salt Lake Tribune.

Baylor has a new coach in former Florida State assistant Ryan McGuyre, who inherits plenty of challenges. Read about it in the Waco Tribune.

There’s a nice read in the Daily Nebraskan about the importance of communication that Justine Wong-Orantes brings to the Cornhuskers.

Rise of the Wahine

I’m excited that later today I’ll be doing a video chat with the folks behind the documentary “Rise of the Wahine,” a film about the impact Hawaii volleyball had on Title IX.

“1972. The year that sports, politics, and social change fiercely collided on the beautiful shores of Hawaii.

“Based on incredible and mostly untold stories, Rise of the Wahine is a feature-length historical sports documentary, centered on a small band of unlikely pioneers from Hawaii—politicians, educators, and athletes–who helped change women’s athletic opportunities in America, forever.

“It took years to changes the laws, but only one season to capture our hearts. From Chicago to DC to Honolulu, follow the journey of those who had what it took to Rise.”

Finally, I don’t personal things here that much, but as the college season begins, as the director of Volleyball Baton Rouge, I have a tremendous feeling of pride and happiness. That’s because six of our nine players from our 2015 VBR 18s team start their careers today:

Madison Daigle and her Texas State team are at TCU, Katherine Young and Radford play host to Washington State, Sydney Davis and Hanna Rovira and Louisiana-Lafayette are at Texas Tech, and LSU’s Katie Kampen and Lindsay Flory are at Texas. Also, their club coach, Trey Cruz, is now an assistant at Louisiana-Lafayette.

There were three others on that team. Jariel Turead is a senior at Lutcher and an LSU commit, Sameera Mohamed does it all for Baton Rouge High, and Molly Jacobson is a freshman at LSU where others will envy her grades and sense of humor.

By the way, in that photo that’s all of them at one of our last VBR practices when they wore shirts for their respective colleges. It’s one of my favorites.

VolleyballMag.com @VBMagazine FINAL: Irish push the Buckeyes further than anyone else had this season, but #3 @OhioStateWVB (10-0) pulls away early in S5, finishing off Notre Dame (3-7) and a perfect non-conference season #GoBuckeyes #NCAAVB 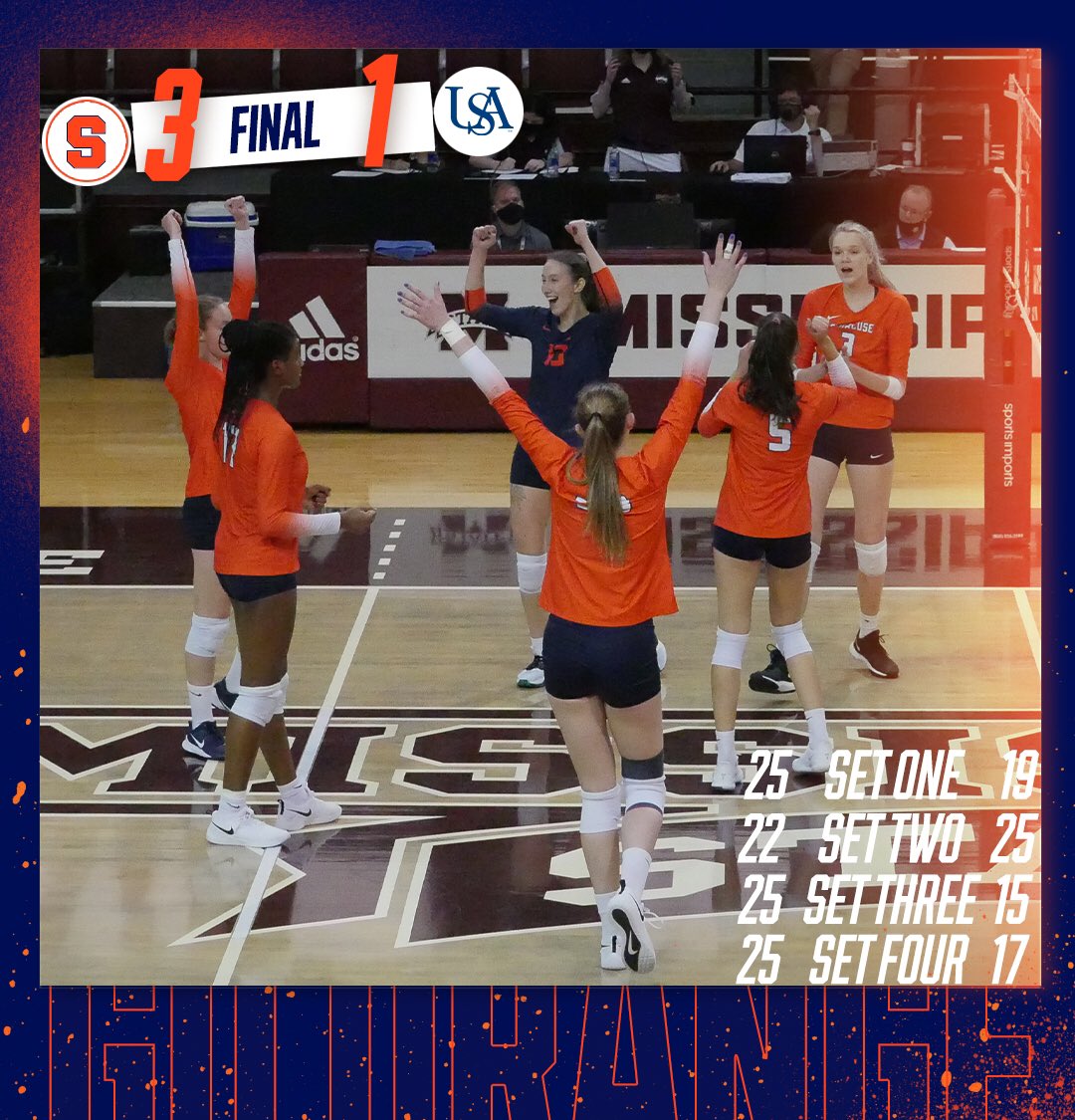 h J R
VolleyballMag.com @VBMagazine FIFTH SET/UPSET ALERT: #3 @OhioStateWVB had dropped only two sets all year and none in their past five matches - now @NDvolleyball has taken two as the Irish's huge early lead in S4 is just barely enough to hold off a big OSU push. Big finish coming up for #NCAAVB on ESPN2!