The NCAA decides individual titles in other individual/team sports, like tennis, gymnastics and golf. But when it launched beach, the individuals were left out.

By all accounts, however, the inaugural NCAA Beach Championship last May in Gulf Shores, Ala., was a smashing success. Perfect weather, great matches, decent crowds and great hospitality from the host city on the Alabama Gulf Coast.

But many in the volleyball world were disappointed that there was not a pairs competition, as there were at the AVCA championships the previous years before the event was converted to an NCAA title event, or even at the Pac-12 Championship.

“It’s on our strategic plan, we’re planning on bringing it back and making it a part of this championships,” said Moniz-Kaho’ohanohano, the senior women’s administrator and assistant athletic director at Hawai’i. “It’s a long tradition and history that pairs are an important part of beach volleyball. It’s not been abandoned, it’s on the docket.”

Timetable: “We don’t know, because funding is the issue. Very shortly.”

It’s not likely individual pairs whose teams didn’t qualify for the NCAA Beach tournament will be included in 2017, but we visited with five beach volleyball coaches, the NCAA beach chair, and a former player and offer the following:

“The NCAA is putting in quite a bit of money, effort, and staff. We needed to get in the door. Now that we’re in the door, we’ll see how this year and next year goes, we have time to put in the ground work and keep building. I’m a team championship gal, and I have been from the beginning; the athletes can play pairs all summer, they can play USA/AVP/FIVB, etc.

“I think the collegiate sport that we’re creating is so unique, that is the essence of what collegiate beach volleyball is, so I’m not opposed to a pair championship, but I want the team championship to flourish.”

“I’m super disappointed in the choice by the NCAA; I’m super disappointed in the Big West, and the administration that decided to go against the best wishes of the coaches. The back story there, is that the coaches voted, in a conference call, to have a pairs championship in the Big West, to try and mimic the Pac-12, to show the NCAA that this is an important part of beach volleyball at the championship level, and it is the root of beach volleyball. Quite frankly, we don’t need the pairs; we’re going to be a nationally recognized program. What the pairs program does for other programs that aren’t as deep as us is give their student athletes a championship experience. Post season experience, which all administrations like to see. For example, Grand Canyon’s No. 1 pair is really special. They’re very, very good, but they don’t have an opportunity to showcase it.

“Programs that are trying to grow are going to be left behind and maybe get dropped in the future because they are not worthy of having post season experience. That’s how you’re measured often as a coach or as a program, and when you’re cutting out the pairs, you’re cutting out the opportunity. It’s fun to see other schools, smaller schools, schools that don’t have the budget, giving them the opportunity. To lose that is kind of sad.”

“Collegiate sports are mostly team sports; and I think for this to grow into more programs, to continue the growth we’ve had, we need to make it a team sport. You’re not going to have a college start a sport to garner an individual award or championship. I do think there’s room for it, if we can go after the tennis model, where there’s a pairs season in the fall, and a team season in the spring, it will add to the NCAA experience. Right now beach volleyball has the fewest competitions. The team competition is really exciting because right now anyone can win it.”

“I think that is was a good strategic move for the NCAA in their first year. I understand why they made that decision, I know it was a hard decision to make, and I expect that they will re-introduce the pairs competition, hopefully within the next year or two. It’s a very valuable piece, I think there are so many incredible pairs around the country that don’t get to compete at the national level because they don’t have the depth in their roster. And speaking from experience, our first year we had Lane Carico here, and luckily,the AVCA had the pairs competition, and she was able to compete at the national level with her partner Katie Madewell, and they ended up taking third place in the country, and they wouldn’t have been there if it was only a team competition.

“I think that a lot of schools and conferences are having discussions about how to introduce pairs competition in fall play, and also within the conferences. It’s great that the coaches see the need for the pairs play, and that we are doing our best to make sure that there are opportunities for the pairs. I think it makes sense. You have to look at it from so many angles. You have to look at it from the administrative side and see what the administrative costs are if you’re basically running a season in the fall and a season in the spring, and how much of a deterrent it would be for new schools to add beach.

“We don’t want it to be an expensive sport to add, because right now that’s one of the more attractive elements of this game from the administration point of view. As a school that already has beach, I would love to see pairs in the fall, because it gives the athletes something to work for. We practice from August through February to play for eight weeks. Which is hard. It’s hard to stay motivated, and stay focused, to create those competitive advantages . It would benefit the student athlete experience by adding something in the fall that is financially viable for institutions.

“The NCAA pairs competition at the championships is a huge opportunity for individuals to get out in the sand in a situation where it’s just them and their teammate. They have to find a way to win and to battle it out and be mentally tough, not having the support of all their other teammates and college-mates competing along side them. Any chance there is to get more girls out on the sand in a diverse group, the better, and the better to grow the sport.

“We’re disappointed that there isn’t a pairs competition. It’s a high level brand of volleyball; if you look at the semifinals last year, three of the four teams participating in the pairs, Grand Canyon, Loyola Marymount, and Arizona, weren’t in the team competition. I see where the NCAA is coming from, it is a team competition. It is more fulfilling to bring the whole group. ”

On splitting the beach volleyball season into two seasons:

“You’ll miss out on the multi-sport athletes, the indoor athletes that cross over won’t have an opportunity to compete for a national championship.”

“There’s pros and cons to not having a pairs competition. The pros are, you have to focus more on your whole team; you have to be good one to five if you want to win a national championship. We all want the pairs to come back, it’s more teams competing at the end of the year, and it gives those schools that maybe just have a strong number one seed, the opportunity to continue their season especially when a lot of teams have number one pairs with great records, and them being able to battle it out and play at that high level, I don’t think it’s bad for the sport. It’s always drawn big crowds and a lot of excitement.”

“I have to say that I’m really warming up to the team competition; it’s become very enjoyable for me, and this is somebody that came from the pro circuit, where it’s all about you and your partner and there wasn’t any team competition ever, so it took some time to get used to, but I’m really enjoying the team competition. That being said, I think there’s a real missed opportunity; it’s a shame for teams that aren’t able to make it to the pairs competition.

“If we see the same teams getting into the team competition year after year, it will be another reason why it will be unfortunate not to have a pairs competition. Those other teams are going to need an opportunity to break in, and typically when you’re building a program, it’s hard to find ten players at a high level and to have some sort of depth. To be able to chip away and get two or four good players, and break through at the pairs level, is great. And that’s where we’ve been. We’ve never made it to the team competition, we’ve only made it in the pairs until this year. There are a lot of schools out there that don’t have the depth to even knock on the door of the team competition. It would be great if we could find a way to get the pairs competition back in and make it work. I think it would encourage the growth of the sport.”

It’s not as simple as it seems

Factors include:
– The logistics of extending a championships from three to a minimum of six days
– Can beach volleyball adopt a model like tennis with dual seasons?
– How might a dual season affect crossover athletes?
– Some coaches believe that a pairs competition promotes parity in program development
– Can the NCAA justify the additional expense of supporting what is essentially a second championship?
– Will having a second competition and/or season increase college administration costs to the point that it could hinder the sport?

In the end, most volleyball people would like to see the pairs added, but cost and TV coverage will enter greatly into the discussion. VBM, of course, favors having the individual pairs.

Although many disagree on the particulars of these and other factors, all agree that having a pairs competition is an exciting way to showcase the athletic talents of today’s players. Let’s hope that the pairs competition gets reinstated, and reinstated soon.

Lee Feinswog - October 16, 2021
0
Ohio State squared things up with Purdue as the No. 7 Buckeyes beat the No. 6 Boilermakers. No other ranked teams lost on Friday in... Travis Mewhirter - October 13, 2021
0
Riley McKibbin knew that what he was about to say was a little bit crazy. That the odds of him fulfilling the loftiest of... 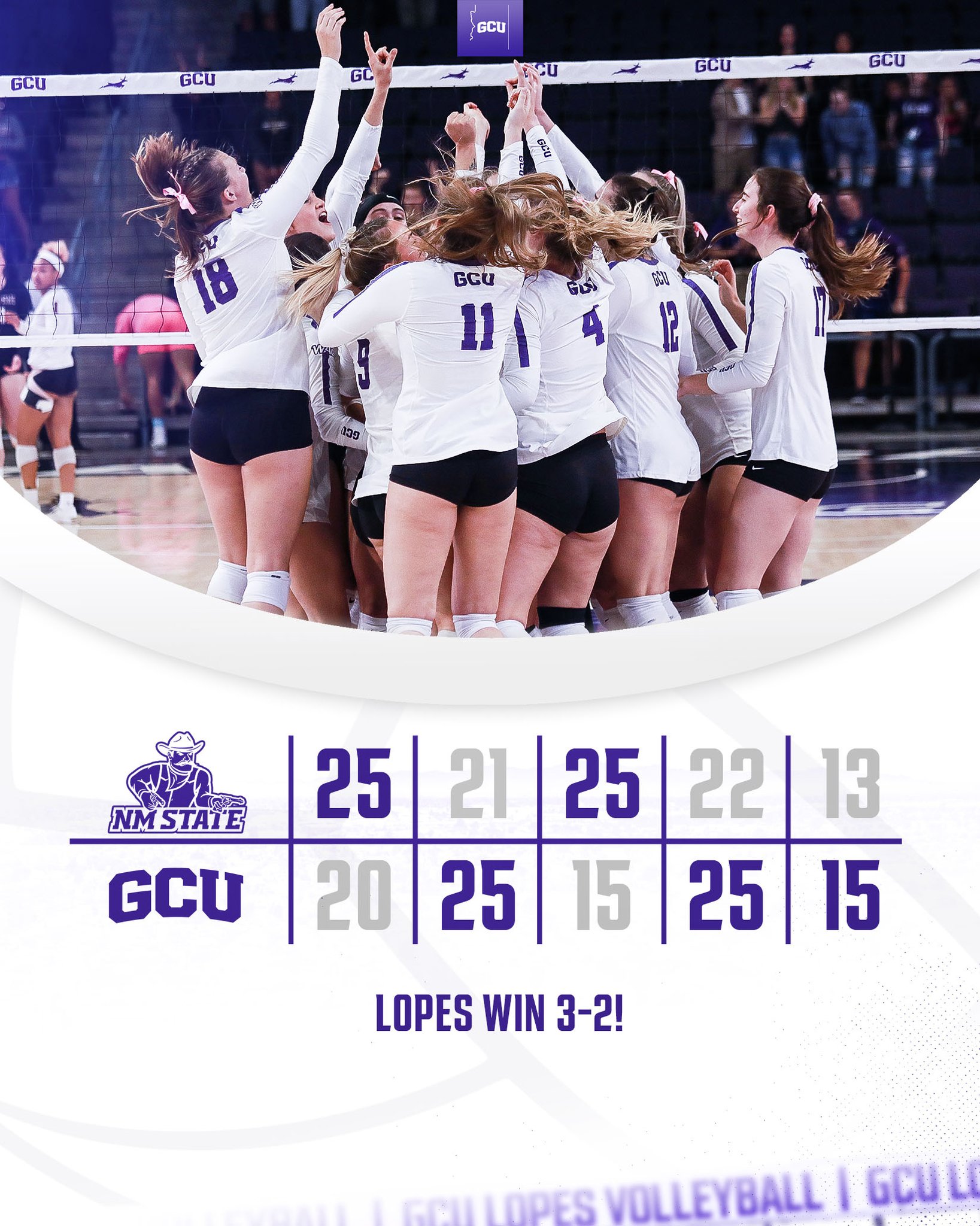 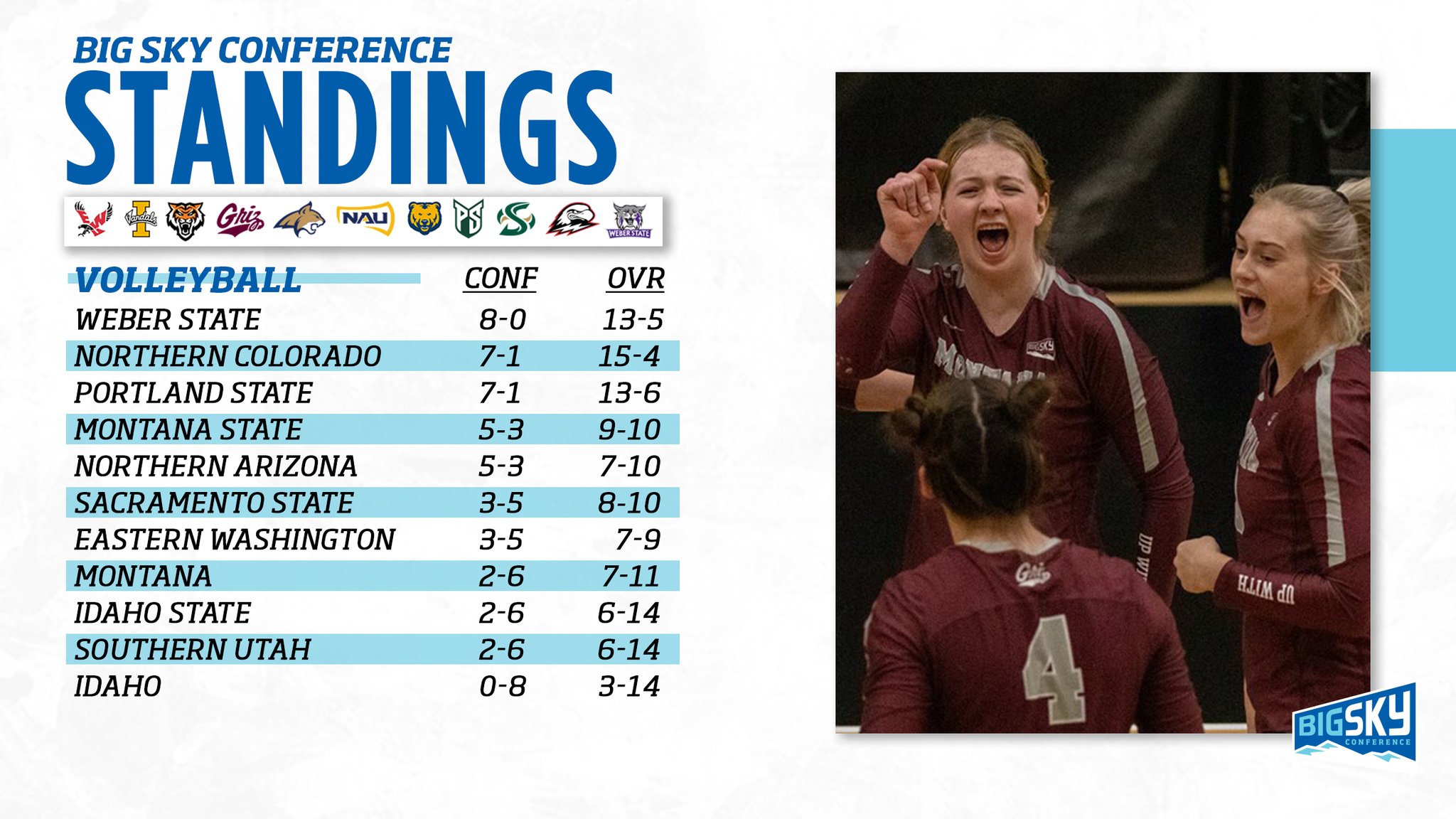