HERMOSA BEACH, Calif. — It was late April, 1999, and Dain Blanton hadn’t heard a word from Kent Steffes, his supposed running mate for the 2000 Olympics.

“Radio silent,” Blanton recalled, laughing at the memory, on SANDCAST: Beach Volleyball with Tri Bourne and Travis Mewhirter. But this was the AVP in the ‘90s, and players had up until the Monday before a tournament to register with a partner. He didn’t have a lot of time, but he at least had some. Some, as it turns out, was all he needed.

In the small stretch of time between Blanton learning that Steffes was retiring, at the age of 30 and after the most dominant career in the history of the sport, and Blanton scrambling for a new partner, Eric Fonoimoana became a free agent. Fonoimoana’s partner and running mate for the 2000 Olympics, Mike Whitmarsh, the silver medalist in the 1996 Olympic Games, had gotten hurt and couldn’t play the upcoming AVP in Clearwater, Fla.

“We were thrown back together,” Blanton said of Fonoimoana, with whom he had played before, with moderate success but never a victory. In the midst of that partner chaos, they did something they hadn’t been able to do in 26 times trying: They won, smoking Karch Kiraly and Adam Johnson in the finals, 15-7.

“The rest is history, right?” Blanton said. “So many people don’t understand how close we were to never playing again. We played together, separate ways, if Kent doesn’t retire, if Whitmarsh isn’t hurt, we don’t ever play again together. I try to tell people now that things happen for a reason. That opportunity may present itself for a minute and you gotta make a decision. It’s so funny to think: We’d have never been to the Olympics together, we’d have never won the medal, and who knows what would have happened if I played with Kent?”

It was the first dose of serendipity, camouflaged as disaster, in Blanton’s multi-faceted career in this sport, which includes roles as a player, broadcaster, and coach at the highest levels. The difference, of course, between Blanton and most is that he squeezes every last drop of juice out of any serendipitous occurrence, whether it might appear to be a disaster or not.

How else to explain when, in 2008, a year in which Blanton had never worked an NBA basketball game as a sideline reporter or broadcaster, didn’t know a lick about the Los Angeles Clippers — and yet still got the call to do just that? Prepared or not, Blanton answered the call.

“I was always told to say yes, even when you don’t feel prepared, and I said yes,” Blanton said on his previous episode of SANDCAST, which was recorded in January of 2020. “I remember I ran home, read the newspaper because I didn’t have a clue what the Clippers were doing back then, got a suit, and before I know it, it’s 4:30, 5 and I’m interviewing Mike Dunleavy.”

Luck, as Branch Rickey, the MLB manager most known for signing Jackie Robinson, once said, is the residue of design. The residue of where serendipity and a ferocious work ethic intersect is where Blanton has thrived for more than two decades now. It led him to the most unexpected of Olympic gold medals, stunning one team after the next with Fonoimoana in Sydney. It led him to broadcasting roles with Fox Sports West — where he covered all 82 Clippers games — Amazon Prime, and NBC, among others. And it has also led him to where he sits now: Atop the NCAA Beach Volleyball world, leading USC to consecutive NCAA Championships and a 73-10 record in three years as head coach.

But where, you might ask, is the serendipity in that? USC has long been the standard-bearer in the short history of collegiate beach volleyball. Taking over the House That Anna Built couldn’t be all that difficult, could it? Not with its history of success — three straight National Championships, from 2015-2017 — or track record of producing professional talent with the likes of Sara Hughes, Kelly Cheng, Sophie Bukovec, Allie Wheeler, Nicolette Martin, Terese Cannon, and Tina Graudina, among others. Transitioning from the only coach a program has ever had, however, is never easy. Especially when your first season is as chaotic as 2020, when COVID reared its ugly head and USC played just 11 matches, losing five of them.

But again: This is Dain Blanton. Where some may see disaster, he sees only the potential for serendipity. Somewhere in the mix of a cancelled season, online classes, and a world thrown into chaos was an opportunity. He just had to find it.

“When I sat down and took inventory, it really was good timing for us, because we got some players for another year,” he said. “It just put everything on hold and shifted everything for a year. It was amazing. I thought we had assembled, the team we had the last two years, was without question the best team that has ever been assembled in the short history. To see what the players have gone on to do within the three months after winning a National Championship? It’s crazy.”

Three of those players — Julia Scoles, Hailey Harward, Tina Graudina — on the 2022 national-championship-winning team won an AVP this summer. Graudina took it a step further and won her second European Championship with Latvian partner Anastasija Kravcenoka. Last weekend, Scoles and Harward won a gold medal at the FISU World University Championships, held in Maceio, Brazil. Scoles will be competing in this weekend’s AVP Phoenix Championships alongside Geena Urango.

“They’ve blown all expectations I’ve had this quick,” Blanton said. “It’s so cool when those girls come to you and they say ‘Hey, we want to be prepared to play professionally and so you do your best to be a part of it and help them get to the next level. You’re just proud when you see them out there representing and just killing it. It’s something special.”

Now Blanton is tasked with replacing those girls — all 12 of them. Some might see that as impending disaster, turning over the most talented roster in the history of the sport and putting it in the hands of relative rookies. Blanton, as he has since that spring day in 1999, only sees opportunity.

“I’m having a blast and it’s fun when you get to help players and be a piece of their puzzle to help them do well. Now we’ve lost 10, 12 players and now we have 10 new players so we’re taking inventory to see what we have. It’s awesome. It’s been a blast,” Blanton said. “College athletics, it’s a revolving door, right? As soon as they get really strong, they’re graduating. You’re constantly recruiting and trying to create an environment the players enjoy. It’s cool because there’s so many schools that are starting to pick it up and get really good.

“When you get an opportunity, you try to make the most of it, and you try to represent. Once you have a position like that, everything you do is scrutinized. You’re representing a lot of entities: everyone who works at SC, the players, the AD, the president, the alumni. Hopefully I’ve represented them well so far and hope to do even more cool things. It’s a blast going to work every day. It’s so fun. You’re in charge of giving someone that opportunity to get that education.

“There’s a responsibility being the head coach of arguably the top program because you want to push the limit. The more you push, the more success and professionalism, the better it is for every program. That’s a big thing. I take it seriously. I feel very fortunate to have the opportunity. I’m having fun. I’m just so happy to be around the sport. It’s cool. You have your finger on the pulse of what’s going on and I’ll do it as long as I can because it’s a blast.”

VolleyballMag.com @VBMagazine FINAL: @Towson_VB (15-0, 5-0 CAA) continues their dominant romp through @CAASports, pounding NC A&T (4-11, 0-5). Only set dropped by the Tigers in their past nine matches was in the huge 4-set upset win at Pitt #UnitedWeRoar #NCAAVB 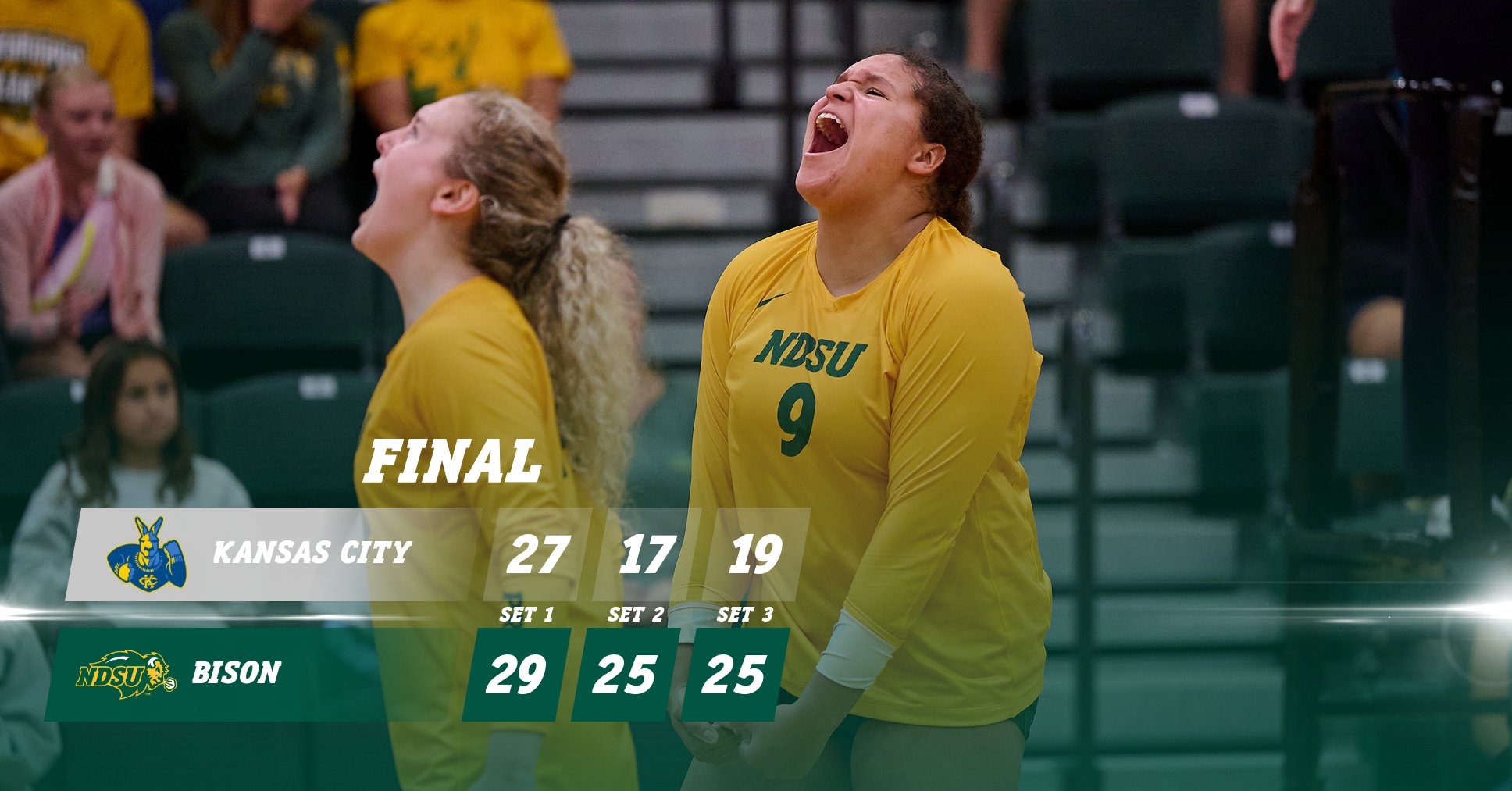