Kim Oden loves getting the calls. The ones that come in unexpectedly, sometimes 10, 15, even 20 years after the fact. They’re from former volleyball players of hers at Starlings, a program she helped found with Byron Shewman in 1996.

They’ll call out of the blue, tell Oden that they’re successful now, working professionals — not in volleyball, just in life.

So many kids. More than she or Shewman could have ever imagined when Shewman approached the athletic director at Lincoln High School in San Diego in 1996 and asked if he could take over the volleyball program.

Could he take over? Byron Shewman? Who played on the United States National Team for five years before taking his talents to Europe as a player and coach? Who wrote books on volleyball?

Well, yes, that would be just fine. He could take over.

It’s funny, too, how it began. Shewman was getting a bit heated discussing the sport, how it favors the affluent, discourages those without many resources.

“He went home and thought ‘Why don’t I quit talking about it and just do something about it?’” recalled Don Patterson, a longtime friend of Shewman’s, who worked alongside him at Volleyball magazine.

He approached Lincoln, and at first blush, it seems an unlikely launching pad for a volleyball organization that would go on to impact thousands, though it is that very unlikelieness that makes it so perfect. Here were a bunch of girls who had no volleyball experience, in a city environment, who, as Patterson would say, had “none of the trappings of La Jolla or Santa Fe.”

And that’s the point. That is, Patterson said, the “kind of the foundations that Starlings was built.”

When Shewman was green-lighted to coach at Lincoln, he called Oden, who was training in San Diego with the USA national team, and I said, “ ‘Yes, yes I would,’ ” Oden said. “That’s kind of how it started. I don’t remember a specific conversation. I just remember him inviting me and I was on board from the beginning.”

She’s still on board, Oden. And to her delight, so are a number of others. In the past 20 years, Starlings has steadily grown from a grassroots, do it yourself program at Lincoln High School into an enormously beneficial organization not just for the entire sport of volleyball, but for kids seeking an outlet. There are now more than 50 Starlings clubs, 30,000 girls who have competed in a Starlings jersey, nearly 1,000 college scholarships earned.

The organization now has a board of directors, including Todd Buchner, a former trustee for the Rancho Santa Fe School District who has helped oversee the Starlings’ evolution from a small-time startup to a bona fide national organization with enormous reach.

“That’s one thing that Starlings has taught me: There are always good people out there, and there are always good people willing to work for a good cause and I’m thankful that Byron always found good people to work for the cause of Starlings and he did that for 20 years,” Oden said. “I think I was hoping that we would work ourselves out of a job because parity would be pervasive and there would be no need for it now. That’s not the case. It was just grassroots, and now we have a board and sponsors, big time sponsors. We have very accomplished people in their own right working hard to make this happen. Byron just got out there and did it, just hit the pavement and started going and he learned as he went.”

The mission, begun by Shewman and advanced with the help of numerous volunteers and now the board of directors, has always been about more than volleyball — volleyball was simply the vehicle. At the foundation of the program has always been an educational component, with an essay writing contest where the winners would be awarded scholarships to help pay for college. With any sport, there is an element of character development and, perhaps more important than any, a sense of family, of stability.

“He came from an at-risk traumatic family home environment,” said Lucy Jones, the Starlings executive director. “It was through the sport of volleyball that he attributes his success. In a way it really saved his life. It did.

“These kids have to find family. They have to find stability. Often, it’s in gangs or drugs or you can go down the list of choices. They’re seeking family and stability when they don’t have it at home. Byron’s vision was: I got stability, I got a college education, I got character development through my college coaches. It saved my life. I want to reach out and do that for kids who are in my shoes.” 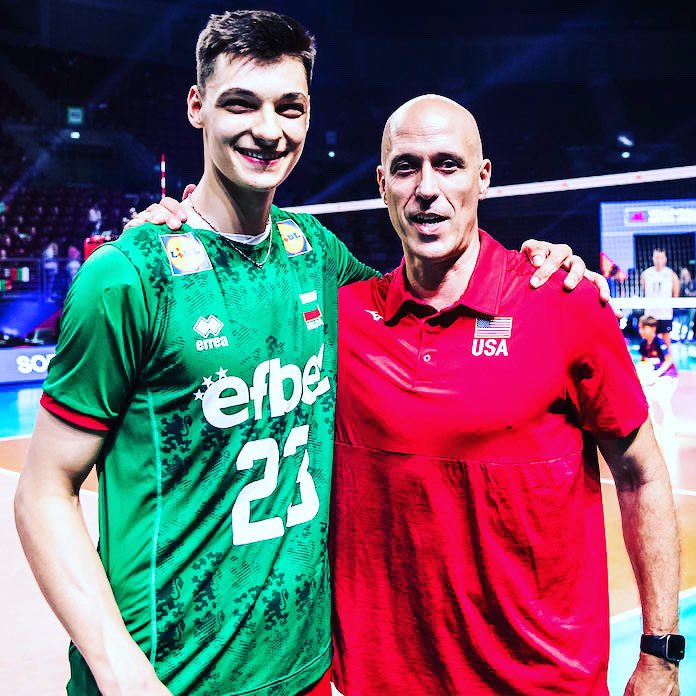