Daily Dots, February 11, 2021, Club or high school volleyball factoids, notions and ideas to impress your friends (or not):

• TAV 18 Black went 9-0 in winning 18 Open at the AVC 18’s National Qualifier in Dallas over the weekend. The team lost just one set – in its first match versus Houston Stellar – and swept Houston Skyline, 25-14, 25-21, in the Gold Medal match. “We sided out at an extremely high level,” said head coach Joe Jablonski. Jablonski lauded passers Charitie Luper, Natalie Glenn, Callie Kemohah and Kalani Whillock for keeping his squad in system throughout.

• Maci Currin was only 19 inches long at birth but now stands 6-10. The high school senior in Austin, Texas, recently was recognized by the Guinness Book of World Records as the woman with the world’s longest legs. Currin played volleyball for Austin Juniors for several years, making her the tallest player I have ever covered. She recently gave up the game and hopes to become a model and to inspire other tall people. Currin has almost two millions followers on TikTok and can be found at “@_maci.c”

• Pet peeves are rampant in volleyball. Here’s one: The delay-of-game penalty. It is a pointless warning followed by an even longer delay (while someone teaches someone at the scorebook how to mark this down).

• Legacy won its first-ever Open qualifier in 2014 when the 16-1 team, coached by Eric Lindstrom and Sarah Schmitt, came from a set down in the final at MEQ. The two coaches had been dating for more than seven years and the players had been chiding Eric all season about popping the question. The girls made Eric agree to propose if they qualified that weekend. After the win, while Eric was putting the first-place medal around Sarah’s neck, he pulled a ring out of his pocket, got down on a knee and proposed. He’d been carrying the ring with him for more than a year, waiting for the perfect moment…

• Calissa Minatee is a 6-0 middle on Dynasty 16 Black. She holds the distinction of being the biggest leaper in the Kansas City-area club. The sophomore has a current jump-touch of 10-4.5!

• I asked college coaches to dispense their best recruiting advice with this limitation: do it in one sentence only. Here were the five best responses:

— Play a lot. The better you get, the more opportunities you will have.

— Take your time figuring out exactly what you want in YOUR process, as it is just that: YOURS.

— Find somebody who can tell you what level you can play at as soon as possible.

— Show your personality through emails, texts, and phone calls especially at the schools you’re most interested in attending.

— Understand what you are really looking for not what your parents or friends or others are looking for. • Asics KiVA 15 Grey is the club’s fourth team at this age level. They are a regional team, yet have shown the ability to compete with national-level teams. Coached by John Frank, the team has entered three tournaments on the year and has won all three. The team has a roster of 11, three of whom played varsity as freshmen in the fall. “All of these girls play with heart and soul,” Frank said.

• I think I have uncovered an urban myth! It is widely reported that the longest-ever recorded game of volleyball was played in Kingston, North Carolina, and went on for 75 hours and 30 minutes. BUT, there are no details – none — about it (when, who, what for) and no amount of sleuthing and asking local experts has produced so much as a single fact about the match. Moreover, there does not appear to be any place in the Tar Heel State called “Kingston.” 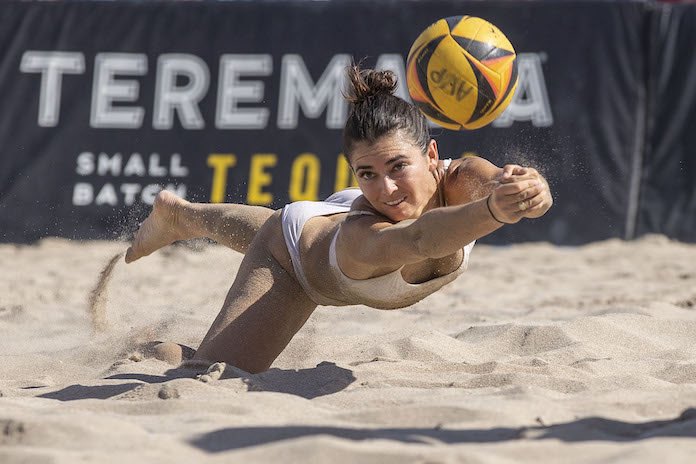