Daily Dots (June 1, 2021): Club or high school volleyball factoids, notions and ideas to impress your friends (or not)

• There are a lot of tight lips after USA Volleyball’s May 28 statement that it will terminate its agreement with the Colorado Crossroads National Qualifier in Denver. The decision to strip Crossroads of its qualifier status comes after the tournament denied access to nursing babies of parents and coaches a little more than two weeks ago, citing a tournament-imposed rule to deny access to any non-players under 16 years of age.

This morning, USA Volleyball CEO Jamie Davis responded to a request for an interview by emailing me, in pertinent part: “USAV has no further comments at this time beyond what we have already released.”

On Friday, Crossroads tournament director Kay Rogness also declined to comment on the record at this time.

Don’t be surprised if the tournament files suit against USAV. Crossroads has grown to be a massive, profitable and very popular national event over the past 15 years. While USA Volleyball did not deny the tournament the right to operate, the loss of qualifier status would likely reduce Crossroads to one-quarter of its current size or smaller. I expect that Crossroads right now is poring over its contract to make sure that USAV didn’t breach any terms in making its announcement, including any notice or right to respond provisions.

• Meanwhile, Crossroads isn’t the only qualifier in controversy today. The Red Rock Rave Junior National Qualifier, run by the Southern California Volleyball Association, is answering questions about how it staffed its recently-concluded event in Las Vegas. Specifically, the national qualifier operated with no line judges and usually just one referee at any match. Many club directors, coaches and others were seen complaining to Red Rock staff about it on a daily basis.

Here’s how one college Division II coach explained it, in pertinent part:

“The recently completed qualifier in Vegas was a lesson in how not to run a high level Open tournament.

“After watching several high level contests in the Open division, I can verify that only an up-ref was at each court. Having only one ref is very hard on the ref. They can’t possibly see all the calls and it ended up making life very difficult on coaches in the tournament.  Some coaches even started calling the balls in or out on behalf of the up ref. Some coaches were honest and other coaches just pretended to not see any ball that was unfavorable to their team. So, honest coaches were actually disadvantaged by calling the balls in or out for their team. It was a mess.

“Looking back on the way the SCVA ran the tourney reminded me of playing basketball and calling your own fouls. That system never works for high level or even medium level competition. Can you imagine a high level AAU basketball game with just one official calling the entire game? What about only two officials calling the entire field in a football contest?

“There needs to be accountability for the SC region that ran this tournament.”

The SCVA was asked to comment about the situation. Donna Hess, manager of officials, responded on Friday:

“We at SCVA are sorry to hear that a few parents and teams were unaware of the new Red Rock Rave playing procedures in Las Vegas. In order to reduce our footprint during an event, we adopted a four-team, two-court format. This format allowed us to move teams and spectators in and out of the buildings in a much more efficient manner than traditional formats; thus lowering the risk of possible exposure to any COVID-19 carriers not detected by temperature checks or screening procedures.

“Although it was suggested that parents could be used to call lines, they would have to have been registered and background checked before being allowed to work on the courts. Since there would not be enough parents that met the requirements for all courts, we chose to not allow them on any of the courts for consistency.

“Every court was covered by at least one USA certified official. Due to the number of events that were rescheduled this year, our pool of USA certified officials has been spread very thin. With the lifting of the COVID-19 guidelines, we anticipate the return of customary formats. At the SCVA, one of the top priorities was to provide a safe environment, in which all parties could feel more secure with their surroundings.”

• KC Power 15-1 is the current national No. 1 team in our 15s rankings as of April 23. Power did not play Triple Crown, but the team that would have been No. 1 had rankings come out between April 23 and Triple Crown, Dynasty 15 Black, did compete and finished fourth overall.

KC Power 16-1 is the current national No. 1 team in our 16s rankings as of April 15. Power went 6-2 in KC to finish fifth. The team that would have been No. 1 had rankings come out between April 15 and Triple Crown, Drive Nation 16-Red, placed third overall.

Sunshine 17-Los Angeles is the current national No. 1 team in our 17s rankings as of April 8. Sunshine went 7-1 at Triple Crown and finished sixth. The team that would have been No. 1 had rankings come out between April 8 and Triple Crown, Houston Skyline, won it all, as noted above.

We will have more on Triple Crown in our Thursday Dots.

• With national qualifiers concluded for 2021, it is incumbent upon USA Volleyball to fill its fields for the Junior National Championships, which begin later this month in Las Vegas. In the Open divisions, which teams qualify for ONLY by competing in Open national qualifiers, there are three At-Large bids to be had in 15 Open and one in 17 Open.

In 15 Open, some candidates include OT 15 T Isaac, Seal Beach 15 Black, Elevation 15 Chicas and the Puerto Rican side, Capitanas 15-1, which finished T-11 at Triple Crown.

In 17 Open, Club Ignit Select 17 Blue would have been a lock for the At-Large bid, but for a poor showing at the NIT. The team was playing without two starters.

Legacy Adidas 17-1, by contrast, played its way into At-Large consideration with a great showing in Omaha. Bryan Lindstrom’s team will fight it out for that lone bid with the likes of Michigan Elite 17 Mizuno, Mintonette m.71, PVA 17-1 and Club V 17 Ren Andrew.

• Here’s a report from NorCal 15-Black, which qualified at PNQ in the 15 USA division:
Coached by Emerson and Shelby Salonga, the team had been improving all season long and expected to qualify, using a game plan that emphasized consistent ball handling and efficient attacking.

Six straight sweeps took NorCal into the semifinals, to face an AJV 15 Molten team that had been one of its earlier victims. NorCal staged a massive comeback to take the first set, then led 20-15 in the second, five points from qualifying.

Emerson Salonga said that the nerves kicked in after a few missed plays and the lack of competitive experiences this year (“not many pressure tourneys due to the COVID situation”) and the team struggled to maintain its high level of play. AJV took advantage to win.

“We learned a lot about ourselves and how competitive we should be when the going gets tough,” Salonga said.

NorCal had one more chance to gain that bid in the third-place match and had to beat a region rival, NCVC Asics 15-1 to do it. NorCal lost the first set — not fully recovered from the disappointment of losing to AJV — but recovered to win the next two, including 15-4 in the final set, to win the bid going away.

“The hard work in practice and the process of learning from match to match was apparent,” Salonga said. “We were quite happy with our growth and development.”

Salonga added that a lot of players contributed to the team’s success.

“Recently converted six-rotation OH, Paige Bennett, stabilized our offense and provided steady passing and back-row play,” he explained.  “Rachel Grier ( 6-foot-4 middle), hit at will throughout the three days and came through with several key blocks down the stretch.  Her speed of attack and big block allows the team to play more efficiently. Katie Salonga was a mainstay throughout the weekend at setter and outside. She is a fierce competitor, regularly rising to the challenge, taking risks and making big plays. Katie O’Sullivan, libero, played consistent all weekend and made plays when needed. Her ability to anticipate and make the right decisions gets better each match. Middle attackers Alana Villela and Brooke Johnson kept the offense diversified and effective. Opposite Zoe Allison had several attack winners, including set point to seal the win!”

• Before I go any further, I want to take a moment to acknowledge and thank everyone who has contributed in any effort to keep me gainfully employed at VolleyballMag.com. It appears that there aren’t enough people motivated to keep me writing five days a week, but your kind notes and gestures of support buoy my spirits during a difficult time. Again, I thank you.

“She is great off of one foot with very good ball to hand contact,” Elevation director John Paul Case said. “Do not give her an over pass!

Elise is a freshman that has just grown again and is going to be somebody!” Here’s a little peek into how Marchal is impacting a match currently:

Travis Mewhirter - September 22, 2021
0
SOFIA, Bulgaria -- Yariv Lerner couldn’t have made this movie 20 years ago. Twenty years ago, he was a self-described beach bum, living with...

VBM Staff - September 26, 2021
25
PLEASE JOIN THE TEAM! We are happy to provide these TV and streaming listings for our readers. Help keep free volleyball journalism free by becoming a...

VolleyballMag.com @VBMagazine FINAL: After a disappointing opening weekend in August, @AggieVolleyball (9-3, 2-0 SEC) wraps up a very strong month of September with a narrow sweep of nearly-ranked South Carolina (9-3, 1-1). Aggies go 8-1 in Sept with only loss a competitive loss to Texas #GigEm #NCAAVB 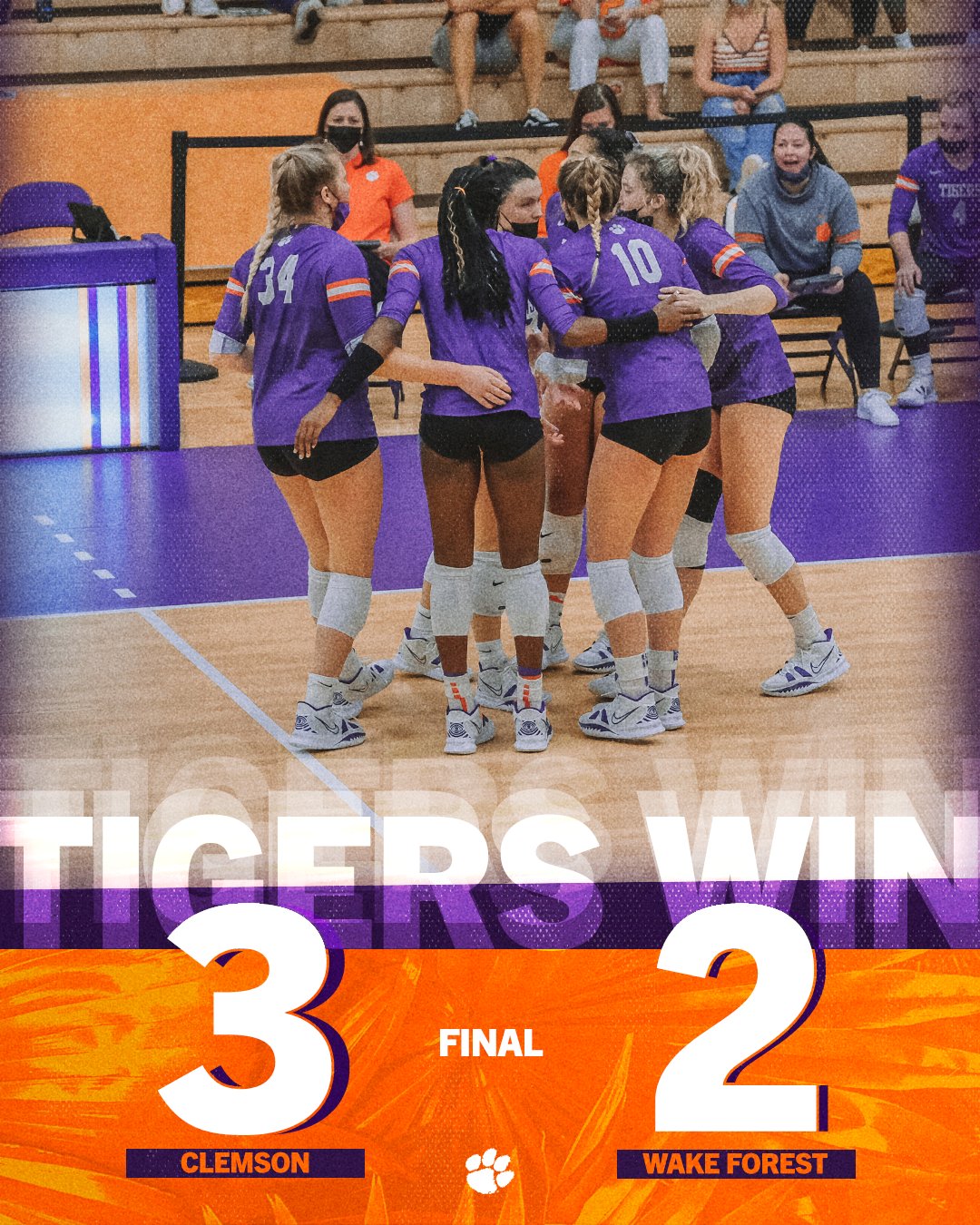