Veteran coach Carol Green understands the damage a negative player can have on a team and its success. A few years ago, she watched her highly-ranked middle school team implode during a tournament.

The stunned head coach at Harding Academy in Nashville, Tennessee, traced the source of that meltdown to a hurtful comment one of her players had made about a teammate.

We lost because of dissention on the team created by one girl, Green said. We were favored to win but lost in the first round to a team wed beaten earlier in the season.

Our entire team didnt play with synergy, she added. They were anxious and upset with each other.

Coaches across the country empathize with Green’s story. These coacheson the middle school, high school, club, and collegiate levelssay theyve experienced similar problems with teams that had poison players or toxic teammates in their lineups.

All coaches have been there, said Monica Hayes-Trainer, head volleyball coach at Riverside City College in California. Toxic players are epidemic in the sport of women’s and girls volleyball. It’s a prevalent issue.

This issue, however, isnt exclusive to women’s teams.

I coached a high school boys team in Boston early in my career, said Jody Rogers, head coach of the women’s volleyball team at Virginia Commonwealth University. There are negative players on the men’s side, too. They can have chemistry problems. And there are selfish guys.

Rogers and her colleagues say negative players, of either gender, can wreak havoc on a team’s ability to reach its highest potential.

Volleyball is the ultimate team sport, said Bryon Larson, club director of Dynasty Volleyball in Kansas City, Kansas. One bad apple can spoil the whole team’s dynamic. It’s easy to see and hard to articulate the damage one player can do. You cant quantify it statistically.

Coaches, however, can sense the chilling impact poisonous players have on their teams.

They become dangerous for the team and its morale, Hayes-Trainer said. Ive had [problem] players in my office and Ive seen the good in them. But that little bit of bad [they bring] is the worst thing that can happen to a team. It can sometimes be like a quiet, simmering cancer.

Toxic players discourage teams from making forward progress, she said. Their negative attention takes away from players who want to be there for the right reason.

Some coaches ignore those athletes bad attitudes, especially if the culprits are star players or if their teams are in the middle of a winning season. Other coaches, however, say that’s a risky move that could block a team’s chance for success in the future.

Coaches and athletes can get so caught up in the outcome that they sometimes allow behaviors that dont contribute to the long-term success of a team, said Andrea Becker, an assistant men’s volleyball coach at UCLA and professor of sports psychology.

These teams might get what they want in the short-term, she added, but in the long-term, jealousy, gossip, and allowing selfishness and negative behavior over a period of time undermines a team’s performance.

How do coaches at UCLA prevent those problems from surfacing on their teams?

We create a culture in which there are behavioral expectations, Becker said. We cultivate an atmosphere of unconditional support and focus on what it means to be a good teammate.

Players at UCLA, for example, are not allowed to criticize their teammates or blame someone else for their mistakes.

That goes against our culture, Becker said. We dont allow that dialogue and if it happens again, we tell players they wont be on the court.

It’s all about supporting one another.

Green has a similar coaching philosophy.

Green expects her players to support their teammates at all timesnot only when someone gets a kill or aces a serve.

It’s even more important to give a generous high five when a teammate serves the ball into the net, she said.

Players who dont embrace Green’s philosophy face serious consequences, regardless of their talent.

I tell them they can be the best player on the team, but if I see them being unkind, they will not play.

Other coaches have kicked players out of their programs because of negative behaviors. Weve cut several players who were physically talented, but their attitudes were bad for our culture, Becker said.

I dont like to do it, but Ive asked players to leave because of their attitudes, said VCU’s Rogers. That’s the worst part of my job. I feel like I failed because I brought them into the program and it didnt work out.

Those decisions are never easy or taken lightly. Several one-on-one conversations happen first. Coaches try to find why players are negative toward themselves and their teammates.

Sometimes players act out because theyre starving for attention, Becker said. Others might have negative behaviors because they dont feel good about themselves. They dont have any coping mechanisms and theyre reaching out in negative ways.

Even when coaches know the reason players act out, it is a challenge to find the right way to redirect a player’s toxic behavior.

There isnt one method that works for all athletes, Becker said. The art of coaching is finding what works for each athlete.

Were not yellers here, she added. But if we have an athlete who responds to a more stern communication style, we have to utilize what will work best for that player.

Nevertheless, toxic temperaments can be engrained in some players psyche. Coaches blame themselves and their counterparts on the youth levels.

There’s an old saying that says, That which you permit you promote, Larson said. We have a zero tolerance for negative attitudes. We dont let our 11s and 12s players hold our teams hostage.

Larson believes it’s best for everyone if coaches handle bad attitudes as soon as possible. Youre doing those players and their future coaches a big service by squashing negative behaviors at a young age.

Junior-level coaches need to do a better job of teaching [positive] behaviors and respect, she said. Even with players as young as 12, winning has become everything to many coaches. They ignore players with bad attitudes.

But that’s why it’s called junior development. It’s about developing teamwork. I feel like that’s lost its meaning. Were letting kids control teams.

Not at Harding Academy. Players under Green’s tutelage learn early in their careers that bad attitudes are never tolerated. She emphasizes the importance of character, commitment, and teamwork from day one.

I have them look up the definition of those words to find out what they mean, said Green, who has coached club, middle, and high school teams over a 22-year career.

The focus on teamwork and positive attitudes does not take away from the competitive aspect of the sport. Green is a competitive coach and athlete, and her Harding Generals just celebrated their most successful volleyball season in the school’s history.

But for Green, success is more than championships and trophies.

I put character over my win/loss record, she said. Id rather lose because I took a player off the court who was being nasty to a teammate than win with that player in the rotation.

And my players know that the most important thing to me isnt winning. It’s how they treat each other.

Ask players to write down two traits they like about all their teammates: one about the person and the other about their skills.

Send positive text messages to players after every gamewin or lose.

Warm up with a different player at each practice and game.

Spend time together as a team off the court. Some teams have pizza parties, sleepovers, picnics, or go to the movies.

Players at Lewis University hold fashion shows, lip synch songs, and run obstacle courses. This forces the players to see each other off the court and in a different light, head coach Lorelle Smith said.

Have zero tolerance for bad attitudes
Encourage players to focus on making their teammates better
Dont allow players to criticize their teammates on the court, at school, or on social media
Ask parents not to criticize players or coaches
Be positiveas coaches, players, and parents
Dont make decisions solely based on winning
Make behavioral expectations for every player
Hold players accountable for their actions

I know Im very lucky, she said. Ive talked to other coaches whove had those problems.

How have Smith and her Flyers avoided these troubling issues?

She and her players identify a common goal that everyone on the team shares, such as winning a championship.

Most teams fail to find this common goal, she said. They talk about goals and what needs to be done to achieve what they determine is a successful season. But the true feeling of a common goal is lost.

Those are the teams that end up with drama and poisonous players, she said. It’s because not every player has a buy in. They really dont feel it so their hearts are not there.

Smith also talks to her players about accepting their teammates differences. We tend to cherish players with a different opinion or different background, she said. I believe that if you work hard to view a situation from another person’s point of view, you will have an appreciation for that person.

This is huge for me and our team. 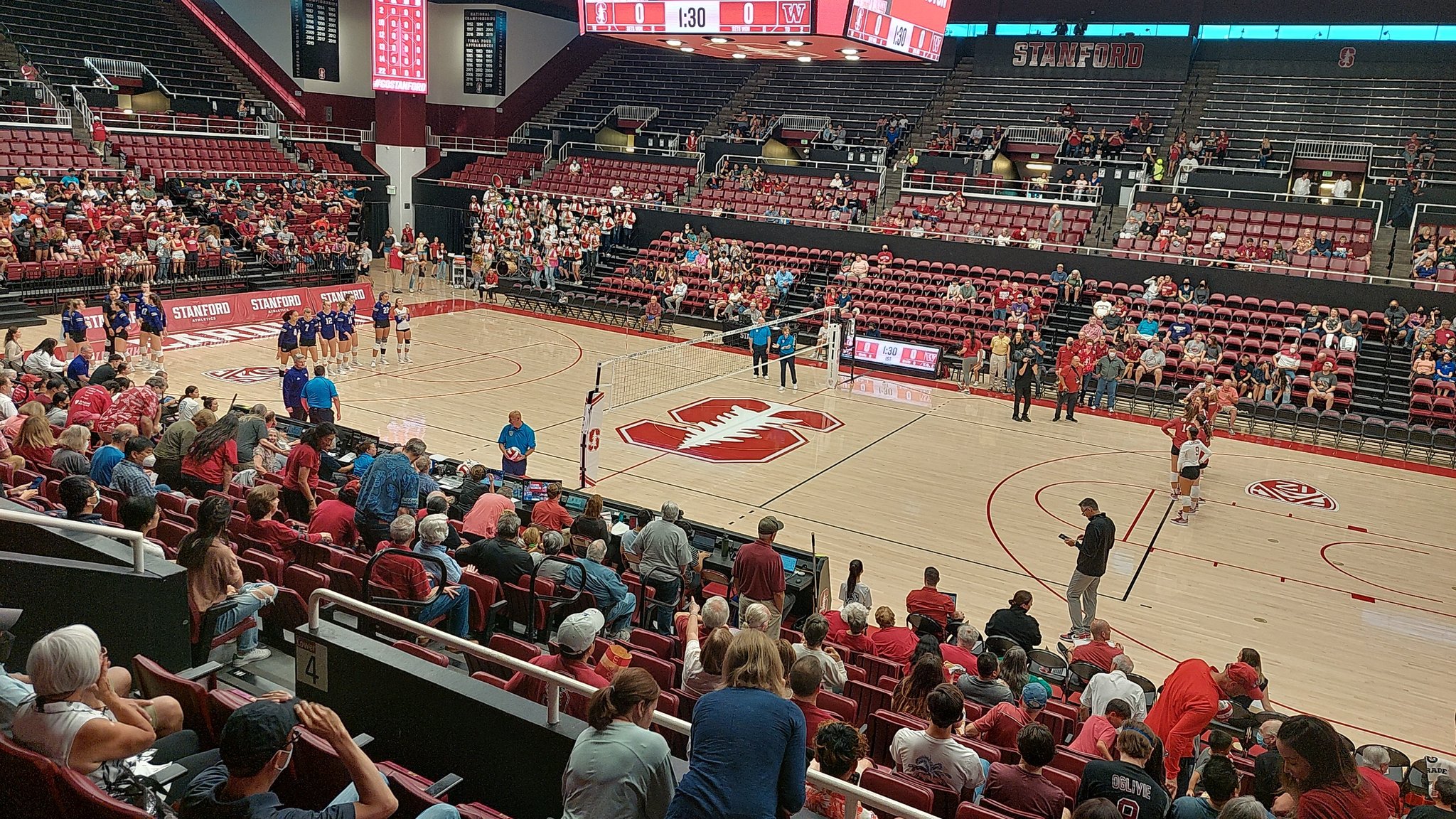