In volleyball, you’ve never seen it all. Like a decapitated bird or topless woman or a pooping dog and, well, just ask the officials.

So we did and asked Pati Rolf, Keith Murlless, Joan Powell, Marcia Alterman, Rick Olmstead, Suzanne Lowry, Katy Meyer, and Brig Beatie what were the strangest things ever happened to them on a volleyball court.

“This poor seagull was simply in the wrong place at the wrong time. It was slightly gruesome, but a mercifully quick decapitation,” she said.

The tournament was set up adjacent to the “Slingshot” ride, which whips its occupants high into the air via bungee cords. Unfortunately, the ride collided with a seagull in mid-air.

“The most freakish part?” Meyer asked. “The decapitated head of the bird landed on a court during play … Ewww!”

Brig Beatie, the 2021 Olympic beach volleyball referee, recalled another wildlife incident, this one at the AVP Fresno event in 1991.

“There was an issue with the Miller Lite bikini contest,” Beattie said. “One of the competitors felt like she should have won so she decided to take her top off at the top of the stadium.”

The stadium was actually a grass berm that had been built to allow for seating.

“It was the best place ever for a tournament. People could bring in their own ice chest full of alcohol and food,” Beattie said. “It was mayhem, which is probably why the girl decided to disrobe. I got to chat with Randy Stoklos about it last year. He remembered it like it was yesterday.”

Beatie was also impressed by Adrian Carambula’s skyball free-ball during a rally.

“The first thing that came to mind for me was actually one of the coolest things I have ever seen. This was Adrian Carambula at last year’s World Championships, he got a really tight set from a broken play and he decided to skyball it to the other team from right under my stand. The other team got so frustrated because they lost this rally. I can’t imagine having to play against him.”

Rick Olmstead’s volleyball career has spanned multiple decades as both player, coach and referee. He remembers a Manhattan Beach tournament where Brant Lee’s pole perch broke, forcing Lee to ride the pole to the ground.

“It was B. Lee on the famous pole. I was on an adjacent court and it was scary and then when he was okay it was funny. In old days they used existing huge/long poles  at Manhattan (I’m guessing that the poles were at least 12 to 15 feet high) for the net with a wooden chair on the top and B. was sitting on the top on the chair, and the pole broke and he slowly came all the way to the ground. As a follow-up, several years later I was working on the same court and a player stubbed his toe on something — it was the remaining part of the broken pole, the match was delayed at least 30 minutes to remove the old pole.

Rolf, the USA volleyball director of officials, remembered being thoroughly embarrassed by her girls while coaching at East Carolina University.

“We had a match at SMU in Dallas. When you are on the road you always practice at the facility you are going to play.  So we had practice one afternoon at Moody Coliseum, legendary home of the Dallas Mavericks,” Rolf said.

“So that afternoon we were walking into the Coliseum and the girls were heading to the training room to prepare for practice. When I hit the bottom of the steps I see all their little faces pressed up against huge panes of glass to watch the Dallas Mavericks practicing.

“They kids were besides themselves. They started ooh-ing and ah-ing about the team and I had to tell them to let the men practice and that we needed to be on our way.  So they all started to fake cry and I was laughing so hard and told them after practice if they were still there we could watch. As we were warming up they talked about all the great players on the team and who was who. They mentioned Jason Kidd being on the team and I told them he was one of my favorite players of all time.

“When practice ended they literally ran out of the gym to get to the Mavericks, who had just gotten done. I asked the girls to not embarrass our good ECU name by being annoyances.

“The next thing I know they are all huddled around a few players who were kind enough to visit with them and allow them to take pictures. I backed and just started laughing again because they were so excited. They all started to huddle around Jason Kidd.

“The next thing I know he comes out of the ECU huddle and starts walking straight towards me. I literally almost died of embarrassment.

“He walked up to me and said something like, ‘Coach, I hear I’m your favorite player.’ He then proceeded to give me a big hug and say thank you. Seriously the kids totally set me up and they loved it and were laughing so hard. It was truly one of cutest moments. They then proceeded to convince me to take them to a famous ice cream shop and of course I said yes.”

Alterman is the assignor for the American Athletic, Big East, Big Ten, Conference USA, Horizon, and Mid-American conferences. She recalled a disrobing incident of an entirely different sort. She preferred not to mention the teams involved and said the students participating received mild reprimands by their school.

“I was first referee at an important NCAA Division I match, and it was fairly well-attended by students and other fans,” Alterman said. “The floor-level bleachers directly across from me, behind the visitor bench, was filled with about 20 male students. They all had on caps, jackets, etc., not unusual ‘casual’ wear.

“However, I couldn’t help but notice that after every two or three points, the entire group took off a piece of clothing — first their caps, then their jackets, then shoes, socks — by now I’m having trouble staying as focused as I should between points, wondering about the ‘next step.’

“Sure enough, they kept removing clothing until they were all down to only their Speedos, just as their home team won the set. Turned out they were the university swim team, just out supporting their volleyball team! They were very well behaved — but the visitors and I couldn’t help but look.”

Joan Powell has seen just about everything in volleyball: as a player, coach, official, conference coordinator, and national coordinator. She remembers extreme heat and humidity at the University of Minnesota.

“One does not forget the overwhelming feeling of heat and humidity at the University of Minnesota, with Mike Hebert at the helm during a preseason tournament,” Powell said. “The temperature and humidity were high and I was experiencing symptoms of heat exhaustion: sweating profusely, experiencing a coolness on my skin, along with goose bumps.

“Following intermission between sets two and three, Mary Blalock and I decided to allow two extra timeouts, similar to media TOs — at 8 and 15 — but with no coaches.  These additional timeouts would allow athletes to hydrate without a coach having to call a timeout.

“Trainers could be involved in the huddle.  We also suggested that if a trainer saw an athlete in need of attention, they could alert us and we would allow the trainer to provide water or aid.

“They provided the officials with towels soaked in ice water. That seemed to help cool our bodies down.  I recall sweat dripping onto my neck, off the ends of my hair. The distracting feeling was difficult to concentrate on the officiating tasks. I did not realize that heat exhaustion could cause a sort of dizziness.

“When I was checking the lineups for set three, I noticed water droplets from the Minnesota bench to their court area. It was discovered that the water was coming from one of the Minnesota player’s ponytail.  She was from Brazil, a former soccer goalie and a feisty libero.  She had been dunked in the whirl pool, in uniform, to help drop her body temperature during the intermission.”

Keith Murlless, who retired from FIVB officiating in 2018 due to age restrictions, remembers three separate incidents from AVP San Diego tournament in 2009.

The first involved a large pipe.

“We had been playing for a couple of days already when Karch (Kiraly) comes to center court. We get a few points into the match. Karch hits a ‘jumbo’ winner, but stops dead in his tracks … He was evidently interested in something in the sand. He had his toe in the spot he just jumped from. He began to dig with his hands, and finds something hard buried in the sand.

“The crew comes running in with shovels, and we discover that an entire four-inch-diameter concrete drainage pipe is running directly under the court! It was quite a disruption there, we had to excavate and move the entire pipe.”

Then there was a Plastic chicken.

“The sporting lifestyle clothing manufacturer Plastic was an active sponsor at the time and they had some guy in a full-body chicken suit wandering around the venue, drawing attention to the brand. We wondered why a chicken?

“The chicken himself, he got to be a bit of a donkey … he was always bugging us coming by the courts, stepping into areas he shouldn’t, tapping us on the leg, etc., etc. We got kind of tired of the cheeky bugger, so we laid a trap for him.”

“We got in trouble for that one, but it was funny enough at the time.”

The third incident at AVP San Diego that Murlless recalled was a stabbing.

“At the end of this whole crazy weekend, it turns out to be “Puerto Rican National Day.”

“The main body of the park was endless picnic blankets, happy kids, barbecues … and a stabbing.

“Somebody got a bit intoxicated, tempers flared and the next thing you know, we’re not allowed to go home at the end of the day, because the entire parking lot is a crime scene.”

“At the AVP in Santa Barbara in 2013, a guy strolls by with his dog off-leash. In between rallies the dog walks onto the center of the court and takes a big dump on the court. I had to get off the stand and deal with the steaming pile before play could resume. The dog owner just laughed and laughed, didn’t take care of the poop. If it happened today I would have put the pile in one of the guys shoes.” 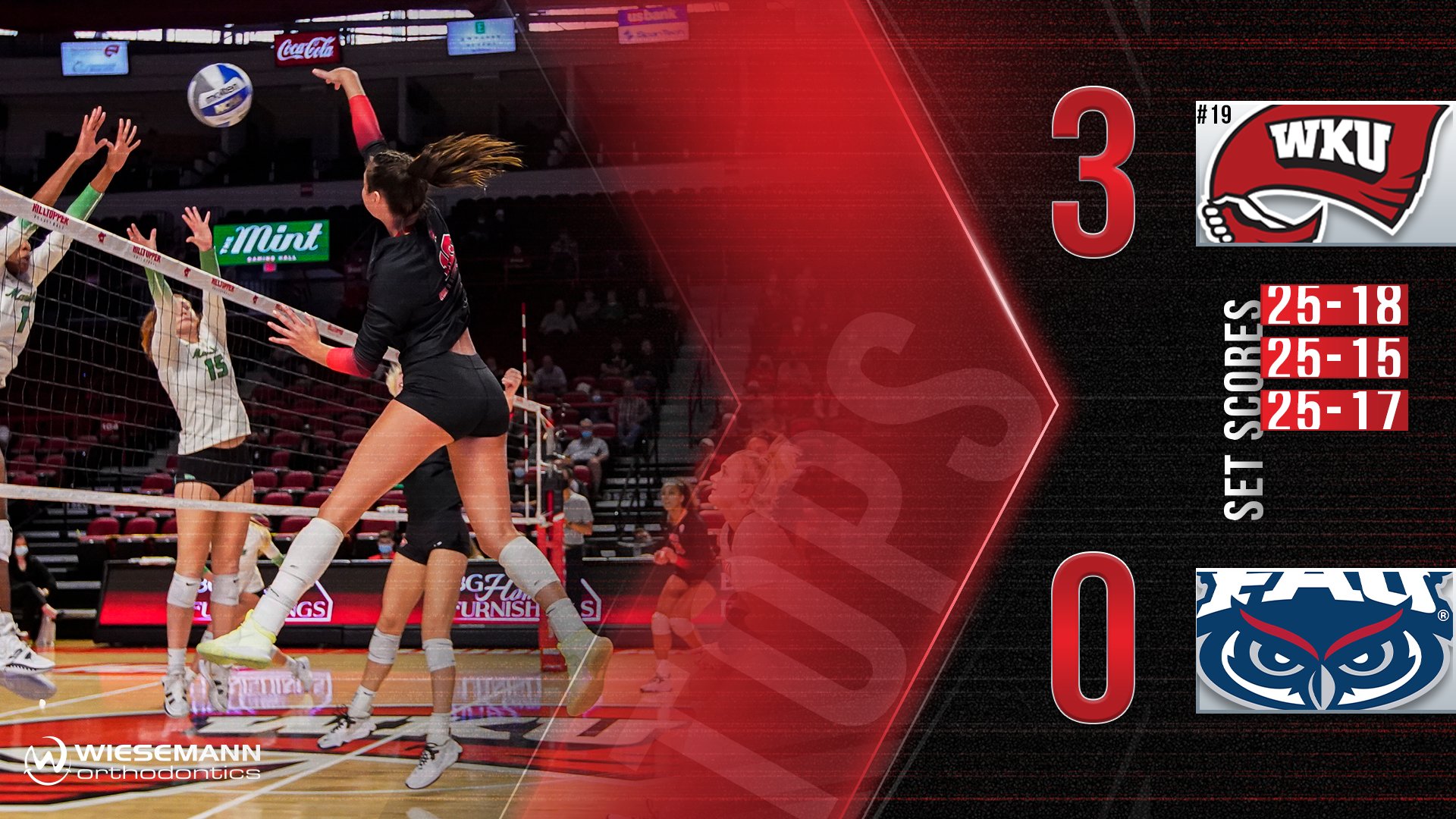