There is just one match pitting ranked teams, but Saturday’s NCAA Division I women’s volleyball schedules quite a few that will decide spots at the top of their respective conferences and perhaps NCAA seeding.

There is only one match in the PAC-12, but it’s a big one for both teams as No. 21 Washington State goes to No. 20 Stanford. WSU has won four matches in a row and is alone in third, two games behind UCLA, while Stanford has lost five of six.

All three ranked SEC teams play as No. 7 Kentucky is home for Texas A&M, No. 22 Florida is back at Arkansas, and in what could be a huge battle for NCAA Tournament seeding, No. 24 Tennessee goes to Mississippi State. Tennessee is No. 12 in the NCAA RPI, while second-place State — a game behind Kentucky — is No. 32. Also, Missouri goes to Georgia.

In the ACC, Miami, No 16 in last week’s NCAA RPI, is home for Clemson, while Duke goes to Boston College.

There are two Big 12 matches as No. 6 Baylor is back at TCU and Kansas State is at Iowa State.

Both ranked West Coast Conference teams play when No. 5 BYU is home for Loyola Marymount and San Diego entertains Pepperdine. Also, Portland goes to Santa Clara and Gonzaga goes to winless San Francisco, which is 0-21, 013 in the WCC. The only other winless teams in Division I are Merrimack of the NEC (0-27) and South Carolina State of the MEAC (0-22).

No. 23 Creighton plays a Big East match at Villanova, while second-place Marquette, a half game back of the Bluejays, goes to Xavier.

UCF, which has won 10 in a row and is holding a two-game lead atop the American Athletic, plays SMU.

In the Big Sky, the two teams tied for the lead are in action as Weber State is home for Southern Utah and Northern Colorado goes to Idaho. Portland State, a game back, is home for Montana.

Big South-leader High Point, a game up on Campbell, is home for USC Upstate, and Campbell entertains Charleston Southern.

Big West leader Hawai’i is off, but UC Santa Barbara, a game back, plays at Long Beach State.

The CAA has told James Madison it can’t play in the conference tournament because the school is leaving the conference, but the Dukes, tied with Towson for the lead, go to Hofstra. Towson is home for Northeastern.

Milwaukee and Northern Kentucky are tied in the loss column atop the Horizon League. Milwaukee goes to Youngstown State, while UNK is at Oakland.

Illinois State, which trails the Ramblers by a game atop the Missouri Valley standings, goes to Loyola Chicago, while Bradley, tied with ISU, goes to Valparaiso.

In the NEC, Bryant leads Sacred Heart by a game. Bryant goes to Central Connecticut, while Sacred Heart is home for Merrimack, which is 0-27, 0-13 in the conference.

The top two teams in the Ohio Valley face off when first-place Morehead State, which holds a one-game lead, goes to back to Southeast Missouri State, which swept the Eagles on Friday to tighten things up. Austin Peay, a game back, goes back to Eastern Illinois where it lost in four on Friday.

In the WAC Southwest, Sam Houston leads Stephen F. Austin by a game. The two teams that moved over from the Southland continue their rivalry at SFA. In the West, the two teams tied for the lead face off when Chicago State goes to NM State. 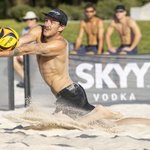 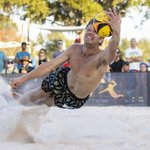