Kentucky clinched the SEC title, but once again a COVID cancelation tops the NCAA Division I women’s volleyball news.

“This weekend’s Wisconsin at Penn State volleyball series has been canceled,” Wisconsin announced Thursday night. “The decision to cancel was mutually agreed upon by the two schools out of an abundance of caution surrounding the health and safety of the participants.

“The events have been canceled due to health and safety concerns related to COVID-19 on the Penn State squad.”

It is the third time Penn State has had a two-match series canceled this season, and the fourth for Wisconsin plus one other match.

In other Big Ten action, Nebraska rallied from a first-set loss to defeat Michigan.

Now the showcase match of Friday is Pac-12 leader Washington State at fourth-place Utah. Second-place Washington is home for Stanford, Cal is at Oregon, Arizona State is at Colorado, Oregon State is at UCLA, and USC is at Arizona.

Purdue, ranked No. 10, at No. 9 Ohio State tops the Big Ten schedule with Minnesota at Northwestern (which hasn’t played since February 27 after three consecutive cancelations), Michigan State at Iowa, and Indiana at Illinois.

The ACC slate is highlighted by Georgia Tech at Louisville and Florida State at Pitt. Wake Forest is at Syracuse, Miami is at Boston College, and Clemson is at Notre Dame.

There’s another Texas–Baylor match in Waco in the Big 12, TCU is at Oklahoma, and Iowa State plays host to Wayne State.

The SEC is off. But there are plenty more matches around the country — including High Point at home against Campbell in a key Big South match — and if they’re being shown, the best way to watch them is by going to our VolleyballMag.com TV & Streaming Listings.

And you can find the NCAA Division I-II men’s matches there, too, and Friday’s schedule includes UC San Diego at Hawai’i as the Rainbow Warriors open their home Big West schedule, UC Santa Barbara at CSUN, UC Irvine at Long Beach State. There are three MIVA matches, three in the EIVA, and three in Conference Carolinas, including second-place Belmont Abbey at league leader Mount Olive.

Kentucky hit .469 and swept visiting Alabama 25-16, 25-9, 25-14 to claim its fourth Southeastern Conference championship in a row. According to Kentucky, “The four SEC titles is the first time since 2010 that an SEC team has won the volleyball championship in four-consecutive seasons. Additionally, this adds to a program-record streak for Kentucky, which prior to 2017-2021, the team’s current run, had never won more than two SEC titles consecutively.”

Avery Skinner had 11 kills with no errors in 23 attacks to hit .478 and she had two aces, five blocks, and five digs. Azhani Tealer had 11 kills with one error in 14 swings to hit .714 and had six blocks and two digs. Alli Stumler had 10 kills in 20 errorless attacks, an ace, and seven digs. Madison Lilley had two kills in three errorless attempts, 29 assists, an ace, two blocks, and four digs. Alabama (7-15) hit .045 …

BIG SOUTH — High Point (14-0, 13-0) beat visiting Campbell (9-4) in four to gain at least a share of the conference title. The Panthers will try to clinch the program’s fourth NCAA Tournament bid in five years when they play again Friday. Madison Smith had 15 kills, two aces, a block, and 10 digs. Maria Miggins had six kills and hit .385 to go with 24 assists, two blocks, and eight digs, and Abby Bottomley had 30 digs and five assists. Campbell’s Lailah Green had 15 kills, two blocks, and 13 digs …

SOUTHLAND — In a battle of the league leaders, Stephen F. Austin (22-5, 10-1) won in four at Sam Houston (9-2) to clinch a share of the regular-season conference title. SFA is home against Houston Baptist as the regular season ends Saturday.

Southeastern Louisiana (9-2) was off but plays at Central Arkansas on Saturday, while Sam Houston is home for Abilene Christian.

Taya Mitchell led SFA with 14 kills and hit .542 with one error in 24 attacks. She had five digs and four blocks, two solo. Madelynn Miller had 22 digs and four assists. Sam Houston’s Ashley Lewis had 14 kills …

h J R
VolleyballMag.com @VBMagazine We have a chapter of the new book "If Gold Is Our Destiny," when the @usavolleyball men won the 1984 volleyball Olympics. The book comes out next month: https://t.co/RRgnax6uvi https://t.co/llwOPkiZQm 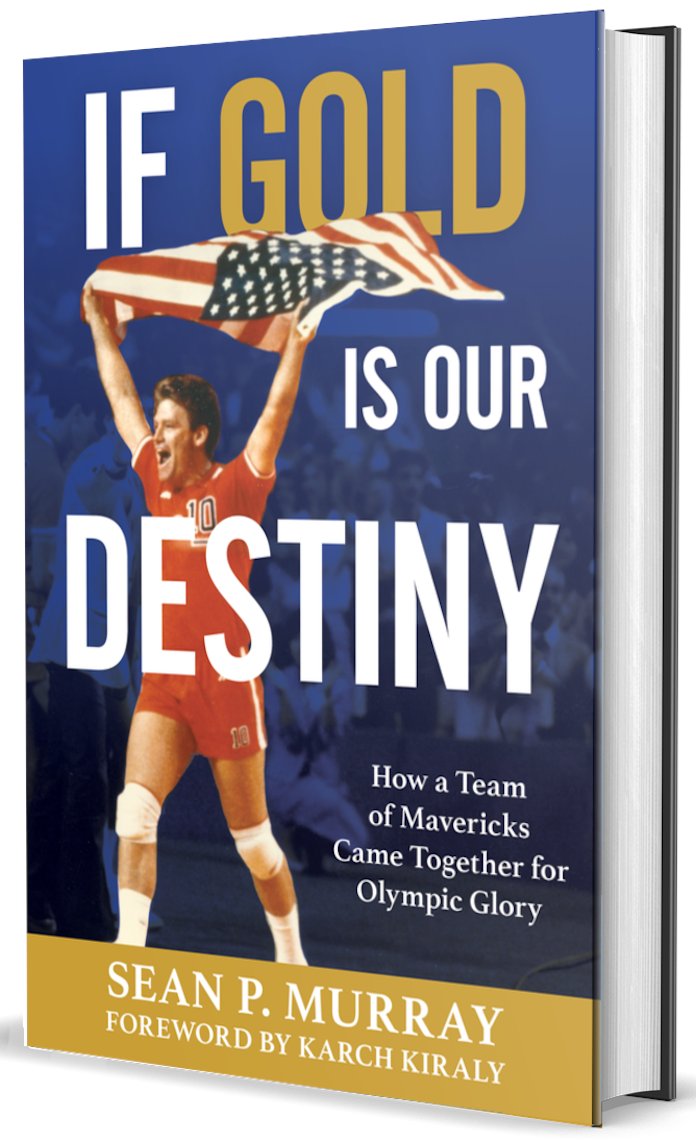